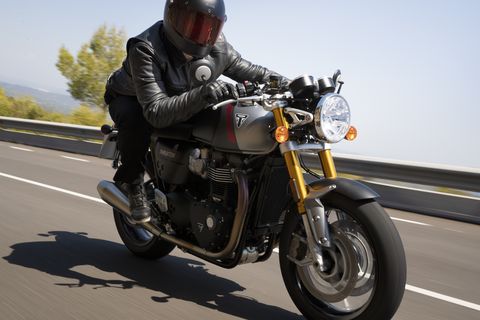 Overall sales of motorcycles in America have been more often than not flat since the great recession of 2008-2009. At the same time, traditional riders have been getting older and sometimes retiring from the saddle, leaving the motorcycle industry scrambling to find ways to get new riders onto motorcycles. One of the best ways to draw in young talent has been the annual multi-city tour put on each winter by the Progressive International Motorcycle Tour, a cross-country celebration of new motorcycles that was like the Detroit or Frankfurt Auto Shows on two wheels. But even that show has been hit hard, not just by the COVID pandemic cancelling all its indoor venues, but by the cost of those venues themselves. So, IMS, which has done the tour for 39 years, announced it is switching to outdoor summer shows – it’s calling them “festivals” – beginning in May, 2021.

“With 421 events under our belt, through the challenges of the ‘80s, the boom years from the mid-90s through 2008, and the realities of flat new-unit sales over the last 12 years, the IMS tour has shifted and evolved alongside and with our industry,” said Tracy Harris, the shows’ senior vice president. “In the last few years there has been a lot of conversation publicly and inside many boardrooms about how to develop and nurture new generations of lifelong riders. To replace the core audience that has sustained us for so many years and to create a more inclusive community that welcomes potential riders from all walks of life.”

The idea of taking it all outside was brewing long before the COVID-19 pandemic.

“Five years ago we started exploring how IMS could and should evolve,” said Harris. “We introduced a number of new programs to the tour: SHIFT, a curated space for designs, Adventure Out, for the riders who travel and explore the world on two wheels, and in 2008 we launched Discover The Ride and New to 2, an ambitious undertaking to give new riders their first experience on a motorcycles in a safe and controlled environment.”

As a result, more than 3300 people rode their first motorcycle at an IMS show. And now the shows have figured out how to move everything outdoors and have a big party.

“Progressive IMS Outdoors will be presented in unique outdoor venues, creating a festival-like atmosphere,” Harris said. “Each event will reflect the local culture and community through music, food and other activities. A destination to be placed on your calendar of places you will go each year.”

One nice feature of the new tour is that demo rides will be the cornerstone of the experience, according to Harris. Those include the traditional street rides for street bikes, but will offer off-road courses for both two-wheeled dirt bikes and side-by-sides. On top of that will be rides available on eBikes, children’s bikes and even track-day experiences at venues where that makes sense.

“These opportunities will be available for all ages and riding abilities, including the continuation and expansion of our Discover The Ride program,” said Harris. “eBikes, scooters and other forms of eMobility will play a stronger role in the new events. RV and overland products will be added to expand Adventure Out. And at the core of IMS the latest bikes, gear and aftermarket products will continue to play a large role in the overall event.”

Exactly where these events are taking place will be announced by the end of this year, with the first likely to take place in May, and the season running to September or October. The venues will have to have dirt and pavement, as well as room for camping and RVs. They’ll be destination events, kind of like the current Overlanding Expos but with a focus on two-wheels instead of four.

There will probably be eight or nine venues across the country, with likely venues found in Southern California, the Northeast, Rocky Mountains, the Midwest and the South. One venue organizers are considering was Sonoma Race Track, for instance, which has that big hay field across the highway for camping and dirt bike riding, along with the paved race course.

There will be no indoor shows on the 2021 calendar, which would have started about now in Long Beach, Calif.

So keep an eyeball out at motorcycleshows.com for the dates. Lord knows the industry needs you.

“The industry is in the midst of a demographic shift,” Harris told motoadventure.com at last year’s Cleveland show. “As baby boomers are aging out, millennials and Gen X’ers are entering the market, many of whom are actually entering the industry through the secondary/used market. In fact, we saw a 25% increase of younger attendees (under the age of 35) in the past four years (2014/2015 through 2018/2019 tour) in addition to an increase in female riders.”