The total bill for the cosmetic overhaul including the front bumper repairs and PPF came to Rs. 27,000.

BHPian sangam_mm93 recently shared this with other enthusiasts.

It has been a few months since I wrote something about my car. I was just waiting for a substantial amount of data to pen down something.

One fine day I go to the office, and I reckon that Robi had shared a Keymaker’s address which was walkable from my office. Highlander bike workshop is also close and I often meet up there for lunch with my friend there. I had received only 1 key from the dealer, so I thought why not have another key right here while I work? Took some 2 hours because the KeyFob I picked was picky, any other of them would have taken 30 mins. I think I paid 2.5-3K My car’s front bumper and I never got along. The weird kind of thing is this never happened when I had the 205 55 16 tires. I got 205 60 16 just to get more comfort and ground clearance and yet this kept happening.

I did not know when this happened but I had lost this cover, I realised only when my new fog lamps started to wiggle. I also tried removing the chrome bits and successfully failed by breaking them. Similarly, I did that to my grill so I bought another one from another friend who upgraded his grill to GLI. 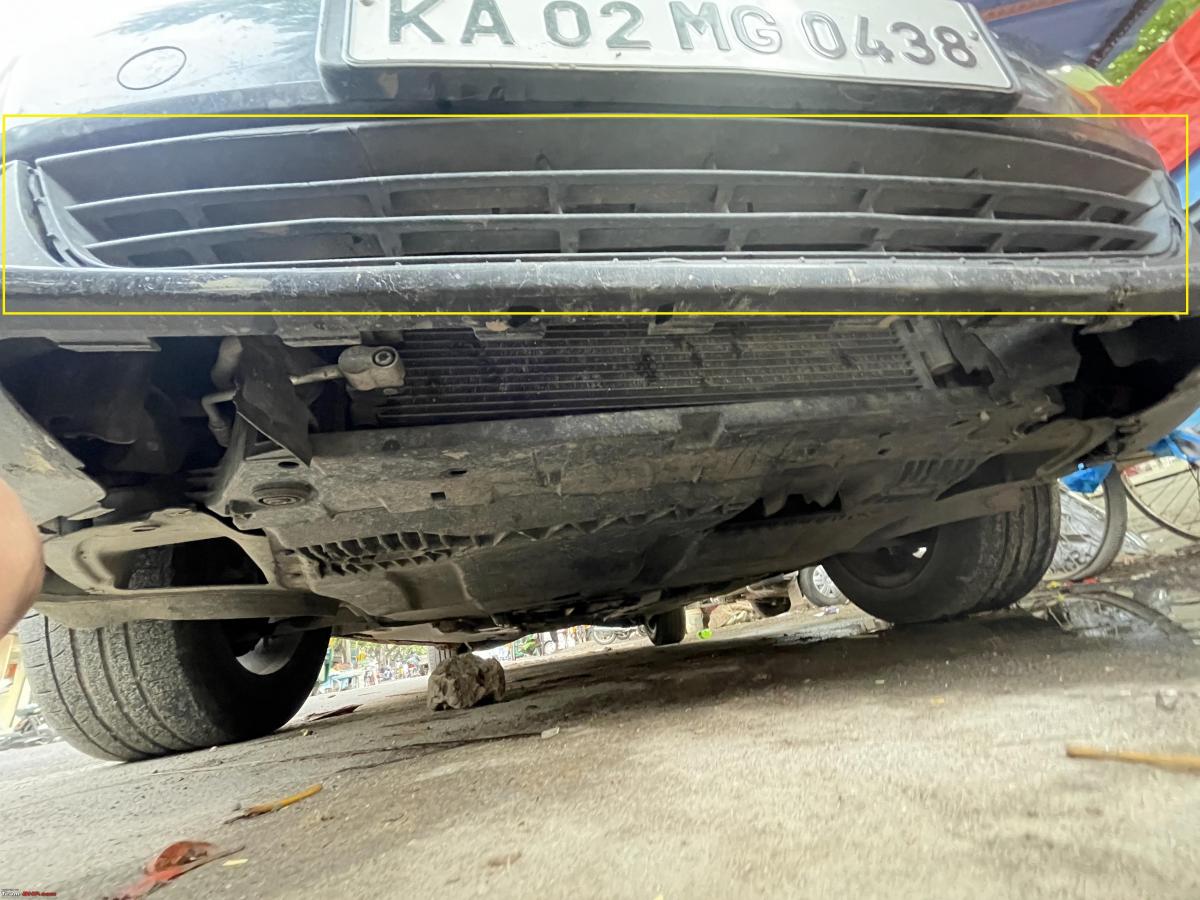 So I started hunting for these parts. A fellow Jetta owner Rajat helped me with both the parts; Cover and Air vents (if that’s what we call them) 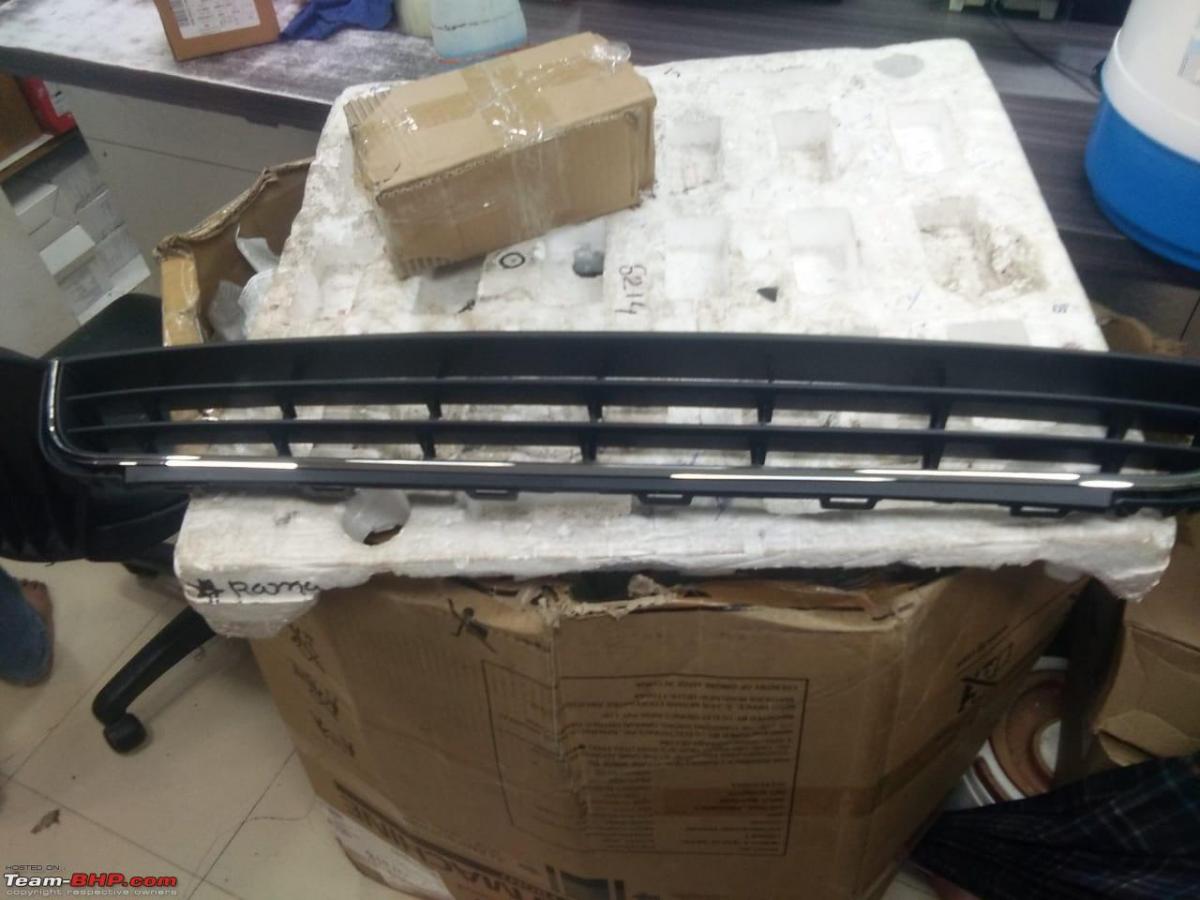 I was still figuring out where to get them installed. The next day at the gym, I see water seeping into my cabin because my windshield gum dried off. I thought I will fix it on my own but most folks suggested claiming a warranty as I got it from insurance via ASC. It was indeed not even a year and this happened. Whitefield ASC was kind enough not to throw VAG tantrums and agreed to re-paste the windshield free of cost. But hey, how can this be so easy right? You are right. While installing the windshield, they had pasted a plaster to my roof, when they removed it my Clear coat came off, and a bit of paint too. As expected, they blamed the paint job and I could not disagree. I took the car and left.

Now I decided to give my car to fix all the above 3 issues at a friend’s place [Guy Car steamer] at Sarjapur road, who is also a Jetta owner. I drop the car there, only to realise that the cover that I got is a Vento’s and not the Jetta’s.

Either I return it at my own cost or retrofit it, so he said he will try to fix it. In about a few days’ time, the car is ready on 29th August, with the below tasks done costing 27K from procuring to installation.

Here are some pics from a night drive after the paint job. Thanks to Shrey for his neat job on the car. The facia fix was a long due.

Our Jetta and GT. TBH the smoked lamps made it look twice better than it was. 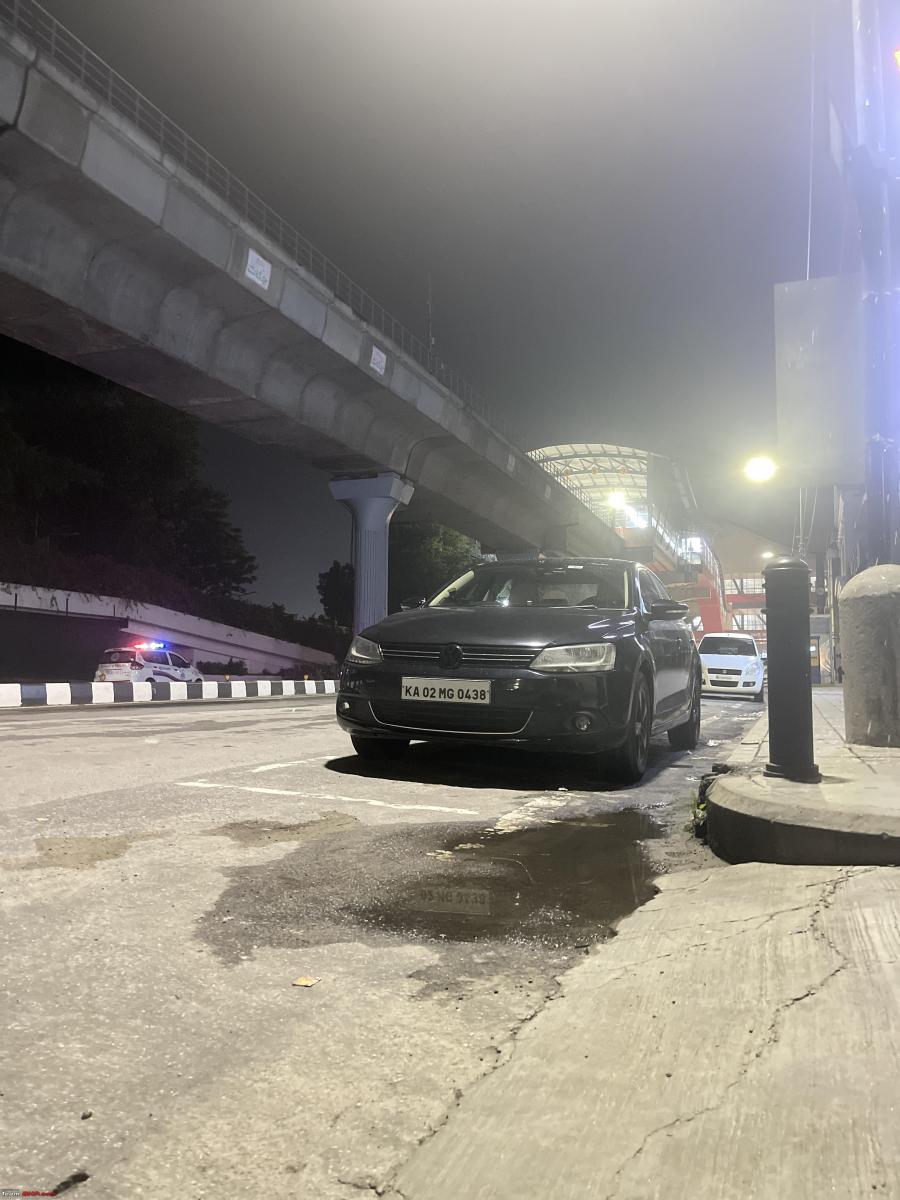 Harish’s Stage 2 (GT ECU and Race concepts’ downpipe) sounded almost like petrol. In fact, when he arrived, we thought some SBK came to the meeting. 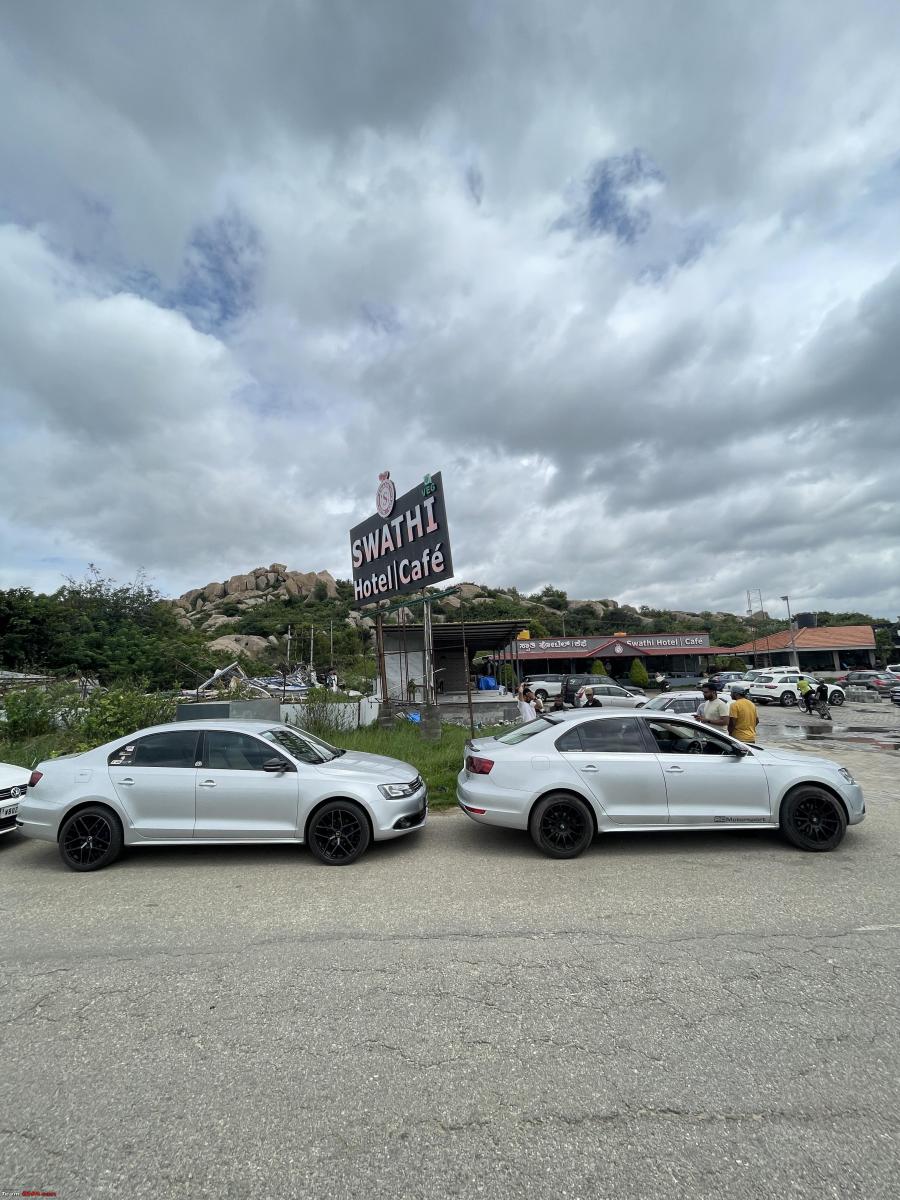 4th-gen Hyundai Tucson could be offered with ADAS