Post the updates, took the car for a quick highway drive where it returned an impressive 16-17 km/l fuel efficiency figure.

BHPian BeemerBug_06 recently shared this with other enthusiasts.

A month and a half into using the car daily, I realised that the electronics had begun to go all slow and sluggish. The power windows and mirrors took ages to work and became quite annoying after a point. So one Sunday afternoon, I called a gentleman named Mr Ram over to my place. He is a seasoned electrician and someone whom you would call a “Door mechanic”. I was astonished to see the amount of muck, leaves, and other gunk that was lying behind the door pads and at the bottom. The winders and motor had all gone rough and slowed down, considering it had never been worked on before.

Doing such a job might sound easy, but doing it right is indeed something that requires skill and patience considering it involves using a number of screwdrivers and pry tools that can easily mess things up.

However, for a seasoned technician like Ram Bhai, it was child’s play. He spent a good two and a half hours at work, while I watched for most of the time. Just watching him go about his work so skillfully was an experience by itself.

Once done he assured me that they would have become smooth like makhan and they indeed had!

To summarise the work done:

Now for a few pics of the man at work: Post that, I took the car to Star Auto Electricals, my trustworthy electrician shop for ages and helped service the wiper motor and get it back into a smooth action. 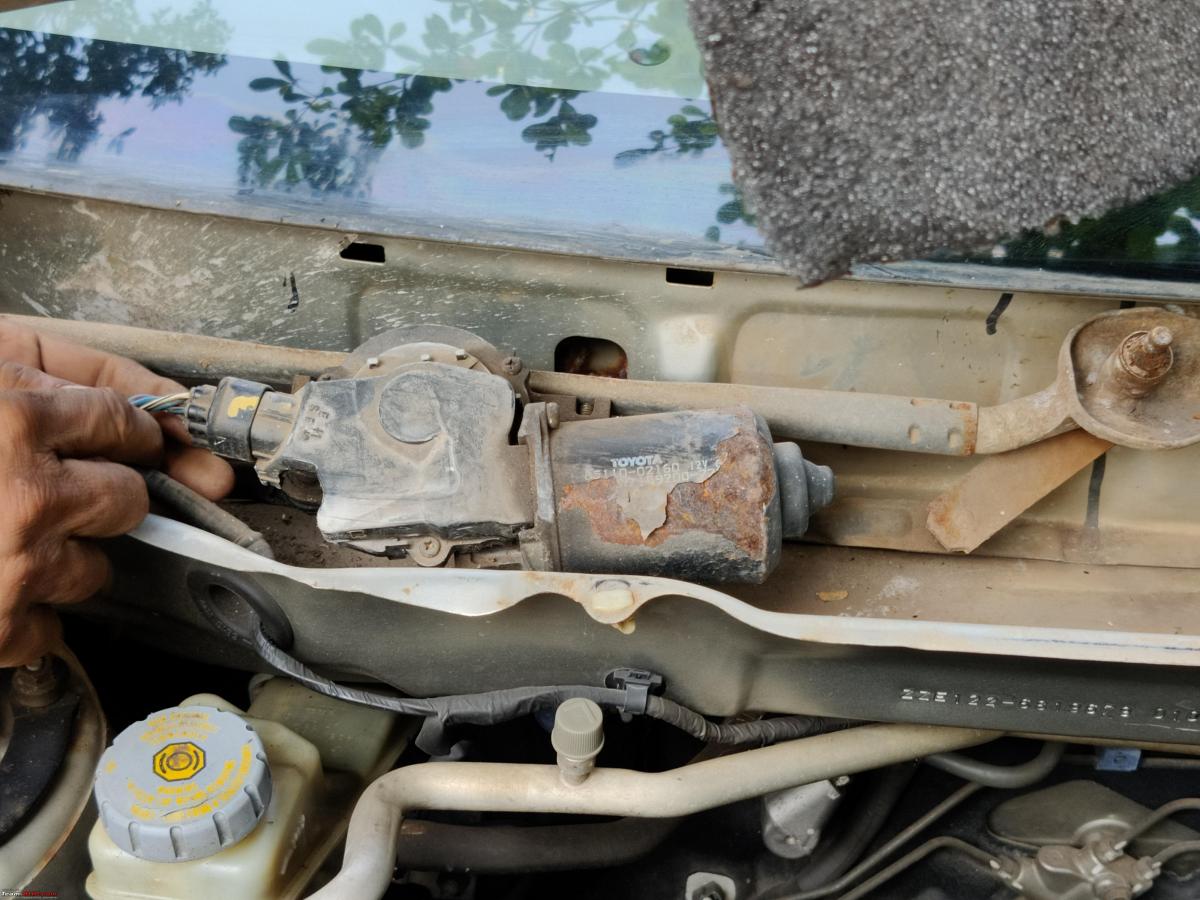 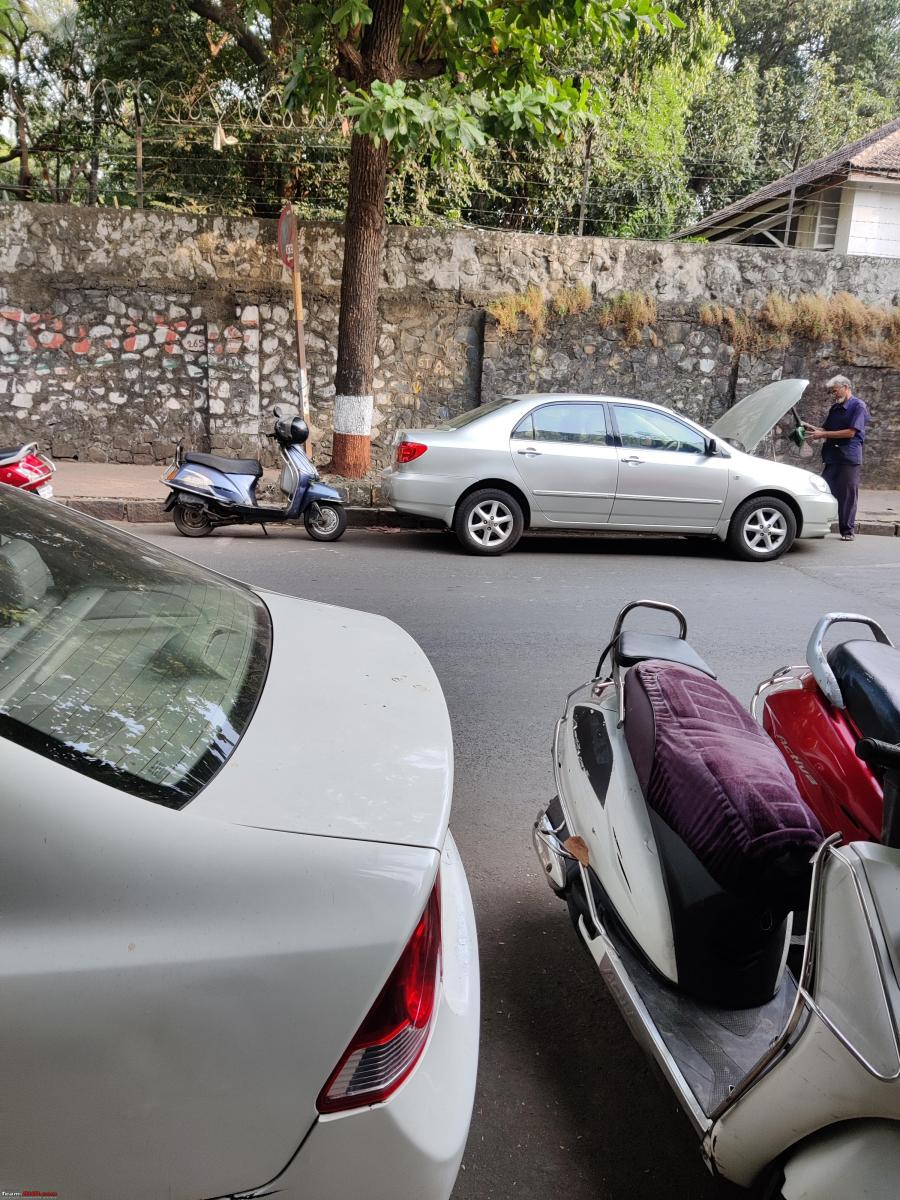 With that out of the way, the car felt more cosmetically fresh than before. However, there were then some mechanical hassles that showed up after a couple of weeks. For starters, there was an annoying vibration that started behind the dashboard and resonated into the car once the engine came to temperature, furthermore, oil was leaking out of the tappet cover owing to a worn out gasket and lastly, the brakes began to feel vague and lagged the bite that they originally had.

Frustrated, I decided what to do about it. Once again, thank you to vigsom for helping me out here. It was all thanks to him that I was able to diagnose that annoying vibration that was resonating into the cabin from behind the dashboard and disrupting an otherwise very silent ride. The issue was caused due to worn-out engine mounts. Although, my car is low run the age of the mounts had caught up and they were done for. Later on, I dropped off the car to my mechanic Ravi for a test drive and he confirmed the same.

From there on, I had to order the parts. It was more likely that only two mounts i.e the foundation mount that sits below the engine at the back and the other hydraulic mount that can be found below the power steering oil reservoir. Nonetheless, I decided to go ahead and change all four in order to future-proof the car for another decade or so.

Procuring the parts wasn’t as easy as I thought. My local auto parts shop did not have stock at all and in the end, I had to pay extra to get the OEM parts from Toyota itself. Once they arrived, I dropped off the car to my other mechanic Sanjay as Ravi was unavailable, the following morning.

Now for some images of the WIP: Once the new mounts were in, the car became super silent. Such that I could not even tell whether the engine was running or not. In fact, I had never experienced it in such a smooth and silent state.

As for the brakes, the pads had worn out as they had gone all hard and the discs were in desperate need of being skimmed. So I had that done, along with a thorough brake service. Post that they became as good as new!

And finally, once all the work was complete, it was followed by a quick early morning drive to Lonavala and back. The car performed very well and returned fuel economy of about 16-17 km/litre. Impressive I’d say.