Last week, a news report indicated that motorists were facing difficulties in renewing their driving licences ahead of the September 30 deadline due to a insufficient supply of licences at both road transport department (JPJ) and Pos Malaysia counters. Appointment slots were also said to be full.

In response to the report by Utusan Malaysia, the road transport department (JPJ) has clarified in a statement that there is sufficient supply of driving licences at JPJ, Pos Malaysia and MyEG outlets nationwide, revealing the total that was out for distribution. 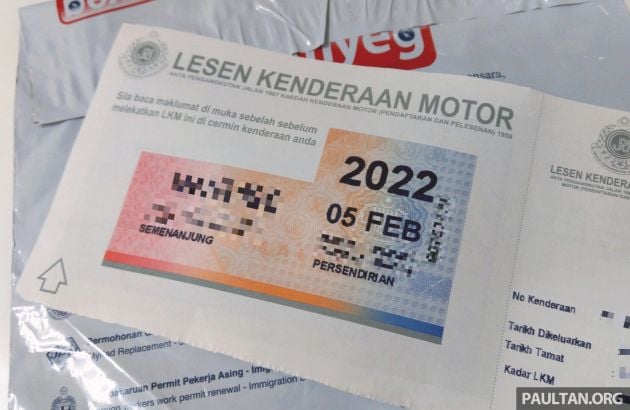 The department assured the public that stocks of these documents were more than sufficient for people to go about renewing their road tax and driving licences. It added that limiting appointments at counters in its offices was to prevent overcrowding and adhere to standard operating procedures (SOPs) in the continued fight against the Covid-19 pandemic.

It advised users to conduct transactions online where possible via MyEG and also the MySikap portal. In the case of the latter, customers can make payments online and then proceed to collect the physical documents at any JPJ counter by submitting the receipt. It said that for this, there would be no need to make an appointment. Alternatively, it suggested the utilising JPJ drive-through counter services for renewals.

Earlier this month, the department reiterated that renewal period for both road tax and driving licences will not be extended beyond September 30, and that the extension period that had been given (from August 1 to September 30) due to Covid-19 and movement control closures was sufficient enough in terms of leeway.