Home » Auto News » If You Need a Wheeled Trailer Hitch, You Might Be Towing Too Much

Tongue weight is a key consideration when towing, but you can’t always shift the weight on your trailer. Heavy campers or other tow-behind equipment might make it impossible to adjust, for example. The best solution is typically expensive—buy a more capable truck that can handle that sort of load. But what if you don’t have the resources for that?

One method that surfaced in the 2000s is something called a wheeled receiver hitch, and its purpose is fairly self-explanatory. Too much tongue weight? Just add an extra set of hitch-mounted wheels to bear the load. Actually, that might not be the best plan. 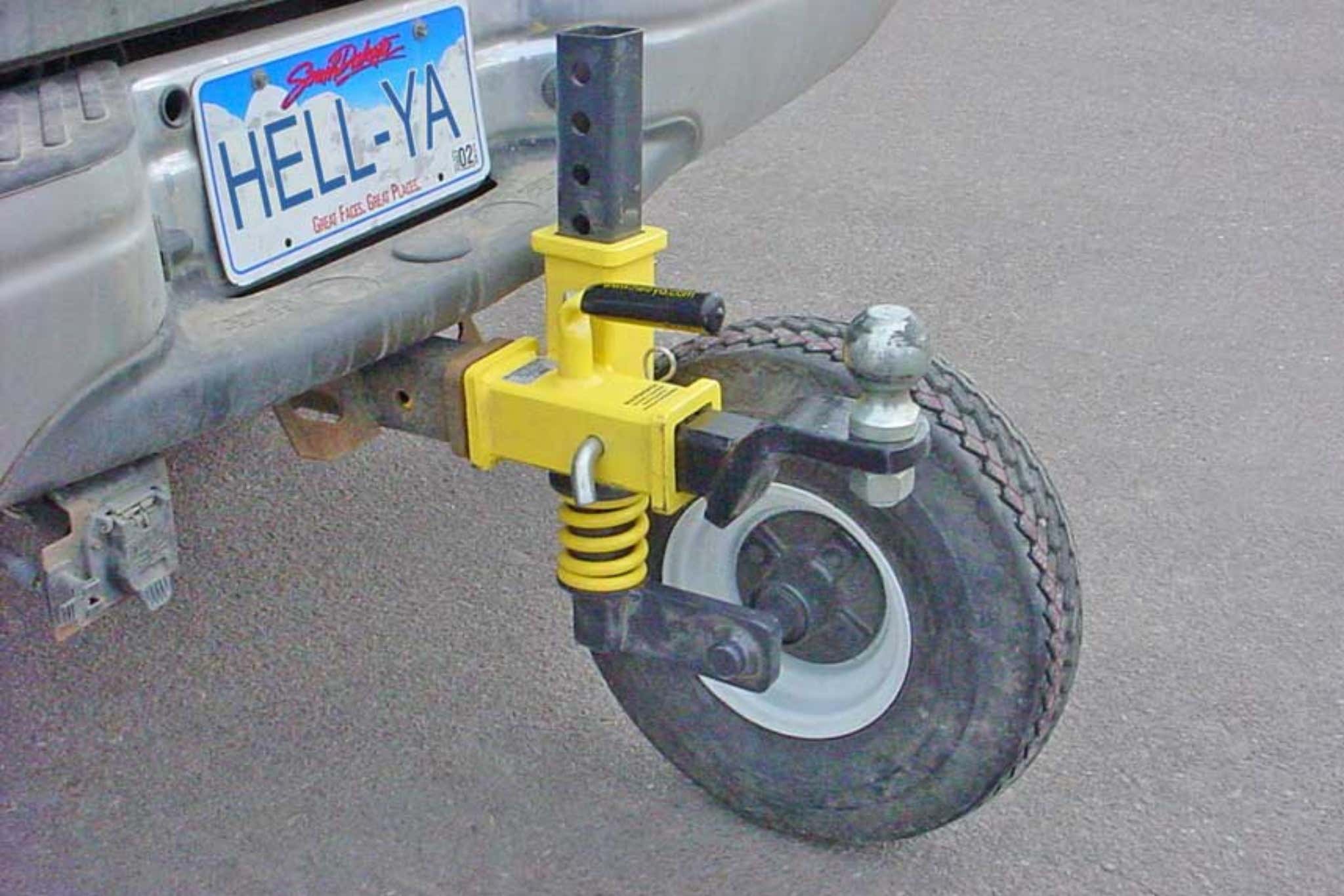 For some context, this idea of reducing tongue weight for easier towing isn’t a new one. There have been tons of tow dolly contraptions sold over the years that allow vehicles to tow heavier loads with relatively little weight pressing down on the rig’s rear axle. The latest iterations of these tow dollies are sold by several companies, and the Trailer Toad is one of the more popular versions. It’s basically a small trailer designed to be connected to an RV which, in turn, carries the tongue weight of the object being towed. These devices seem relatively safe, if not completely ideal.

Items like this, on the other hand, look decidedly more prone to sketchy situations. The Hitch Helper is one example which used to be made by Hell-Ya Productions, a small business operated out of South Dakota. Available in one- or two-wheeled versions and priced from $599 to $1,129, the small dolly was capable of supporting anywhere from 900 to 1,800 pounds of weight, depending on how many wheels your hitch was ordered with. On paper, these wheeled hitch receivers add a decent amount of towing ability to a normal truck by taking a load off of the rear suspension, but in reality, they’re apparently pretty squirrelly. A few images of the device from the company’s archived website are embedded below. 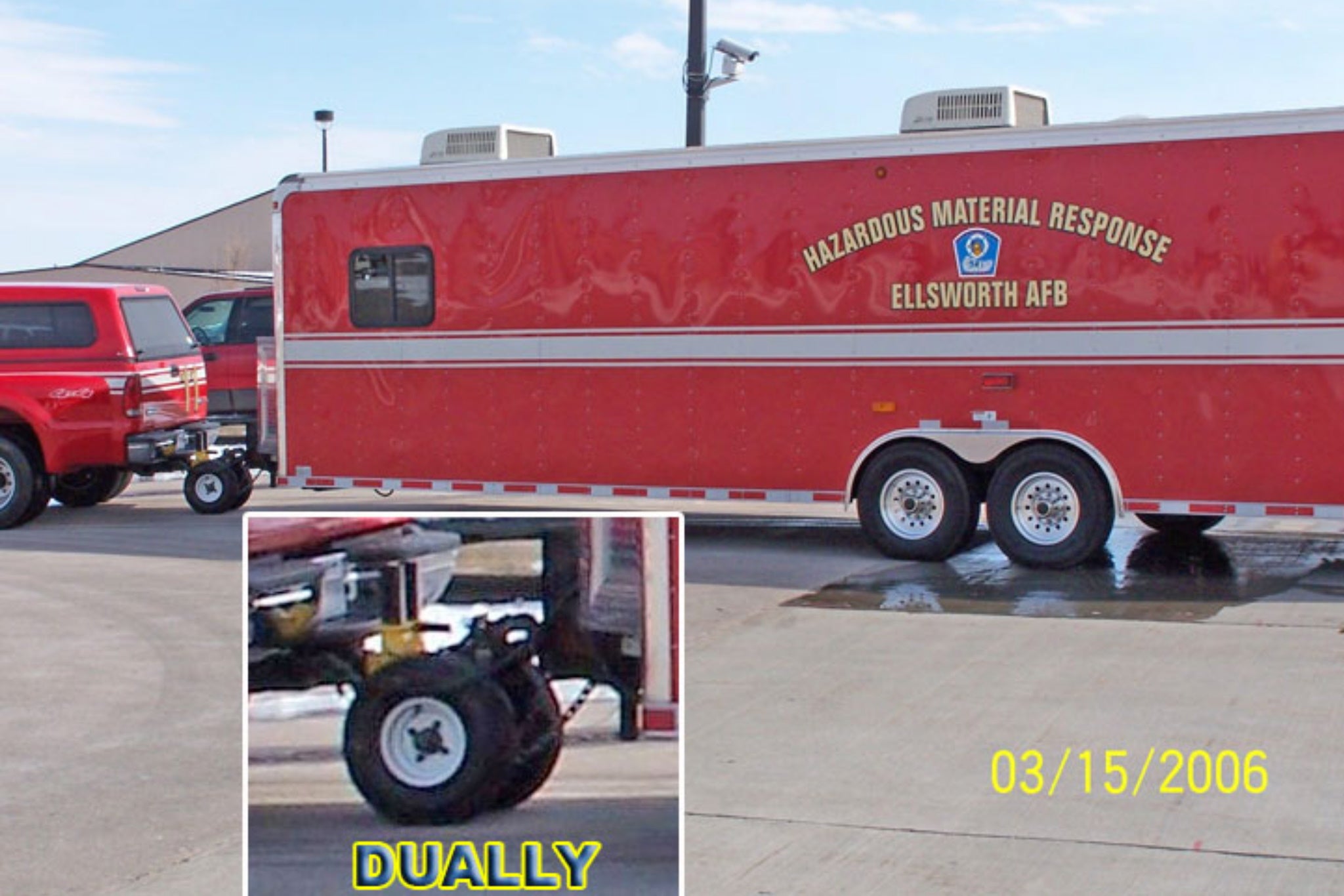 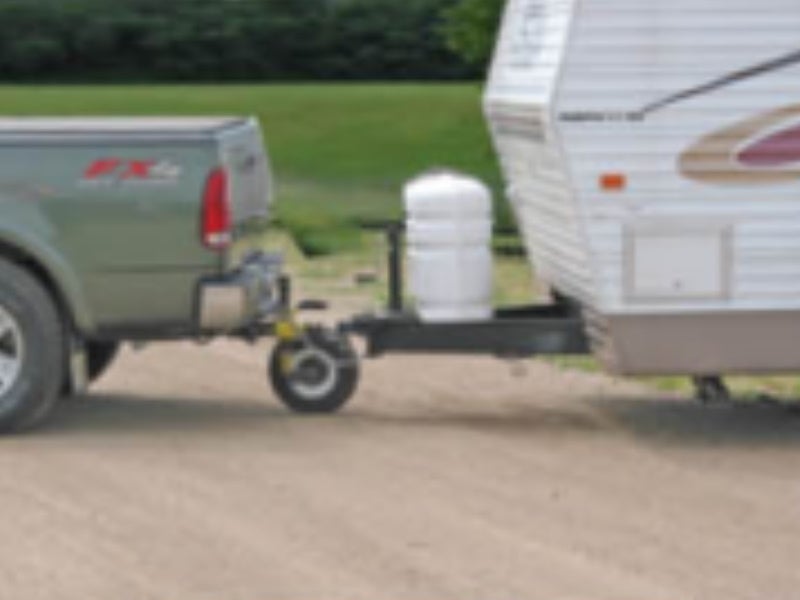 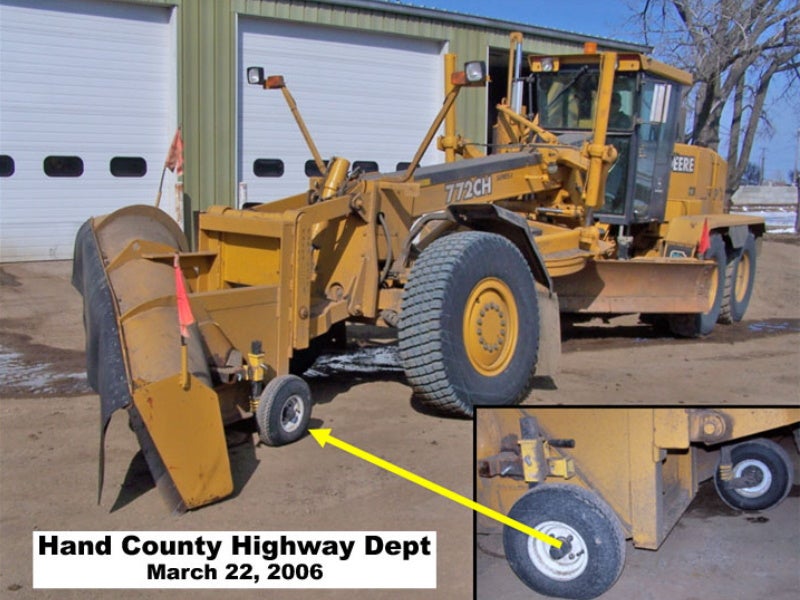 Owner testimonies are thin seeing as the Hitch Helper has been out of production for around a decade. However, people who bought them say they worked as intended, albeit with a few…unexpected consequences. One user on an Airstream camper forum said they were mostly happy with the extra set of wheels, but when driving over uneven roads or bridges at highway speeds, an “unacceptable” level of hopping and bouncing occurred. Basically, the extremely short and stiff suspension supporting the receiver doesn’t absorb a lot of impact, which basically turns it into a lever between itself and the front wheels of the truck.

Another user on a Cummins diesel forum reiterated that same point. He explained that he hooked the device up to his Jeep, drove up a driveway with a small hump in it, and subsequently had to switch into four-wheel drive to get to the top as the rear wheels were being jacked up off the ground. The tires also apparently scrub around tighter corners since they seemingly have no swivel function and sit well behind the tow vehicle’s rear axle. “The tire scrub was horrendous when turning,” they said. “Thankfully it was on dirt.”

At the time, the Hitch Helper’s creator said that the device was safe up to 65 miles per hour. It’s got to be better for short, lower-speed trips between farms when heavier loads need to be carried in a pinch, but for highway use—especially roads that aren’t perfectly smooth—it may not be the best idea. If one of the decidedly small wheels decides to lose a tire, all of the trailer weight is also now transferred to the rear axle of the tow vehicle which was, of course, not made to tow that much weight to begin with.

Plainly put, there are better modifications out there should you need to beef up your truck’s hauling capabilities. Adding airbags to the rear suspension is massively popular, as is going for a gooseneck trailer or fifth-wheel camper. Buying a truck more capable of towing a respective load is the obvious answer, though shelling out $50,000 or more on a brand new pickup just isn’t an option for a lot of people.

The most important aspect of towing is safety. If a towing-related accessory looks sketchy and you’re about to haul literal tons at highway speeds with it, maybe reconsider what you’re doing.