Though an amazing machine, I ignored the Yamaha R15 simply because its riding position won’t suit my long rides.

BHPian prajwal_ recently shared this with other enthusiasts.

I’ll talk about my purchase decision as well as how my bike has fared in the last six months.

I was a proud owner of a Honda Hornet CB160R which I purchased right after graduation. Rode it for 3 years, and took it everywhere on my road trips… Chennai-Coimbatore, Chennai-Bengaluru.

And one fine day in June 2022, my dad called me and said your brother has an idea, he’s planning to buy a used motorcycle to take to his college (Only once a week on Saturday i.e. very low usage). Why don’t you give yours to him and we buy a new one for you since you use it a lot. I jumped on it and had lots of ideas, but was quickly shot down by my dad. He said that I can’t control how fast you go but what I can still control is the size and type of engine you get for your new bike. He had a strict cap on no bikes above 25hp and 250cc. And post discussion this was the final criteria of my bike search.

This was my shortlist

Though an amazing machine, I ignored the R15 simply because the riding position won’t suit my long rides. Also ignored all KTM/Husq bikes since I needed a proper two-seater so that my friends/brother/girlfriend can join me for city travel.

Quick short pros and cons of each

So I decided and went ahead with RTR200 4V because other than the average looks, there were no major negatives according to me. Me and my dad booked it at SBM TVS in Chennai. They said due to part shortage, color availability is severely hampered. Since I wanted it for my Birthday i.e. July, I told them either Black or Blue is good with me provided it’s the first bike you get in the showroom. Though they didn’t promote delivery in 2 weeks, they still tried their best. Repeated production delays meant we didn’t get the bike for my birthday and on July 20, I got a call saying that a Black colored bike is being allotted to your name and will be shipped from the factory by EOD. Received the bike by July 26 post all registration formalities.

Post delivery, I felt that the front suspension was softer but the rear was really hard. Since they are adjustable, I asked if they can help me with adjusting the rear suspension. But they were clueless at SBM. Typical TVS issue since no other TVS bike except RTR 4V twins and RR310 packs these features and these were low-volume items for them. So I chose to get it done in Bengaluru instead.

I stay in Chennai but work in Bengaluru, Hybrid work meant I spent a few months in either city. For the break-in period, TVS recommends keeping the rpm below 5k. But I was shocked to learn that at that rpm itself, I could do 80. So decided to use the bike itself for travelling to Bangalore as 80 is a decent cruise speed.

The highway ride was smooth but still, the suspension issue was there. I took the bike directly to the service centre as it was time for my first service after 500 kms. The people at Trijal TVS Marathahalli however were familiar with the option and informed me that they’ll set it up for me. After the service, the bike felt amazing. The suspension was perfectly configured for me now and small bumps didn’t even creep through the body. It was a notch better than Hornet’s suspension.

Few observations I noticed after purchasing and living with it for six months.

So in a nutshell the RTR200 4V gave me an even bigger smile after living with it for six months now, more than I was expecting. For 1.8 lakhs on road, this bike makes the perfect sense as a daily commute bike on urban mode for the weekdays. And come the weekends switch to sport mode and it becomes a different beast. Few snaps of my newfound love below… 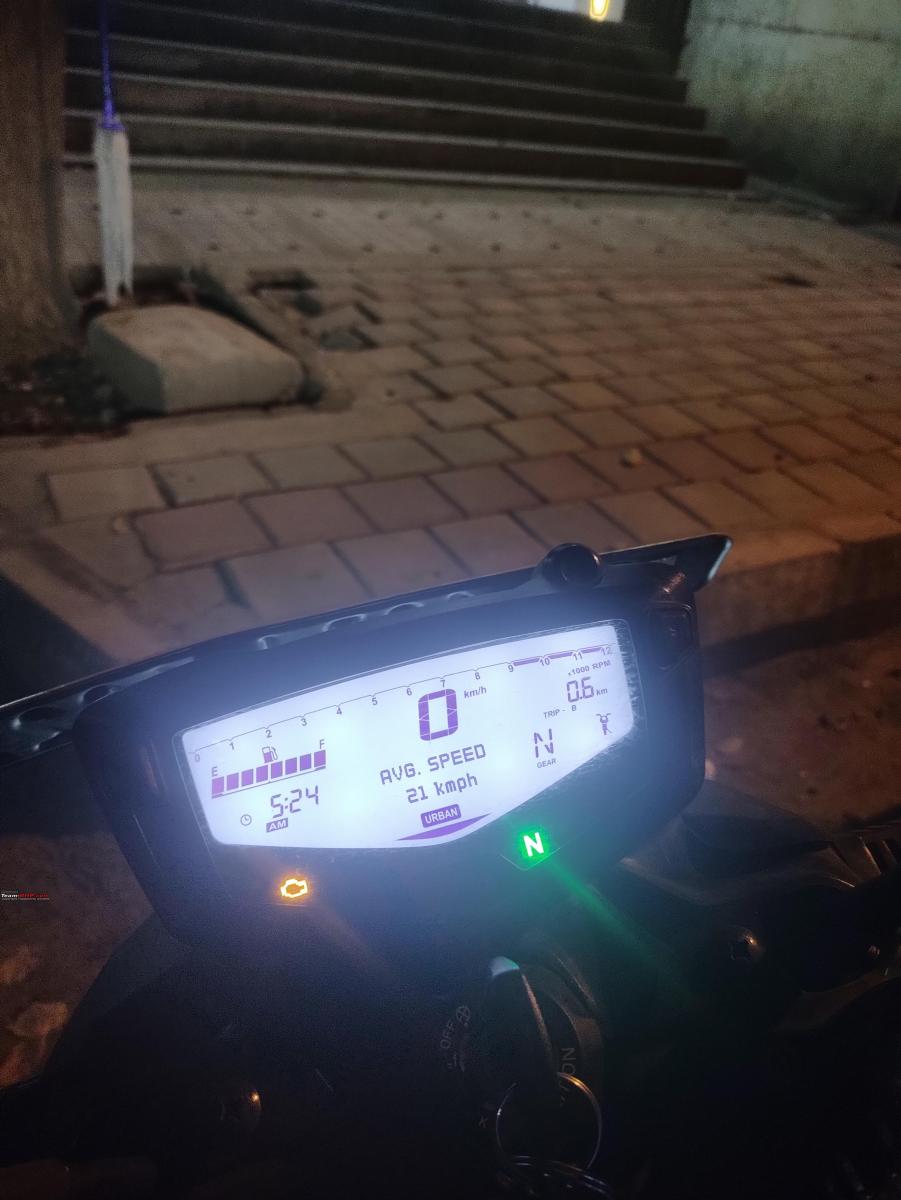 Tata fails to resolve issues on my Harrier AT; wants to replace engine

RFID on PLUS highways – how does it work? What if it fails to read? Insufficient funds to exit? What is ANPR? – paultan.org