Despite what you may have heard, Tesla isn’t the only one launching an electric pickup. While other automakers remain tight-lipped, Ford has begun to loosen its wraps a bit to hype America up for the upcoming all-electric variant of its best selling vehicle. But blink and you might miss it because the Detroit native has already shown the world a teaser of the battery-powered pickup this week by quietly slipping a still photo into its latest live stream event.

The entire premise of Ford’s “Built for America” event on Thursday was to showcase the automaker’s $700 million investment in its historic River Rouge Complex, the facility which has been manufacturing F-Series pickups since 1948. The plant has already begun expanding to add the manufacturing capability for both a hybrid and all-electric versions of the truck, and Ford wants the world to know. In fact, around 12 minutes and 45 seconds into the presentation, Ford let slip a small preview of what’s to come. 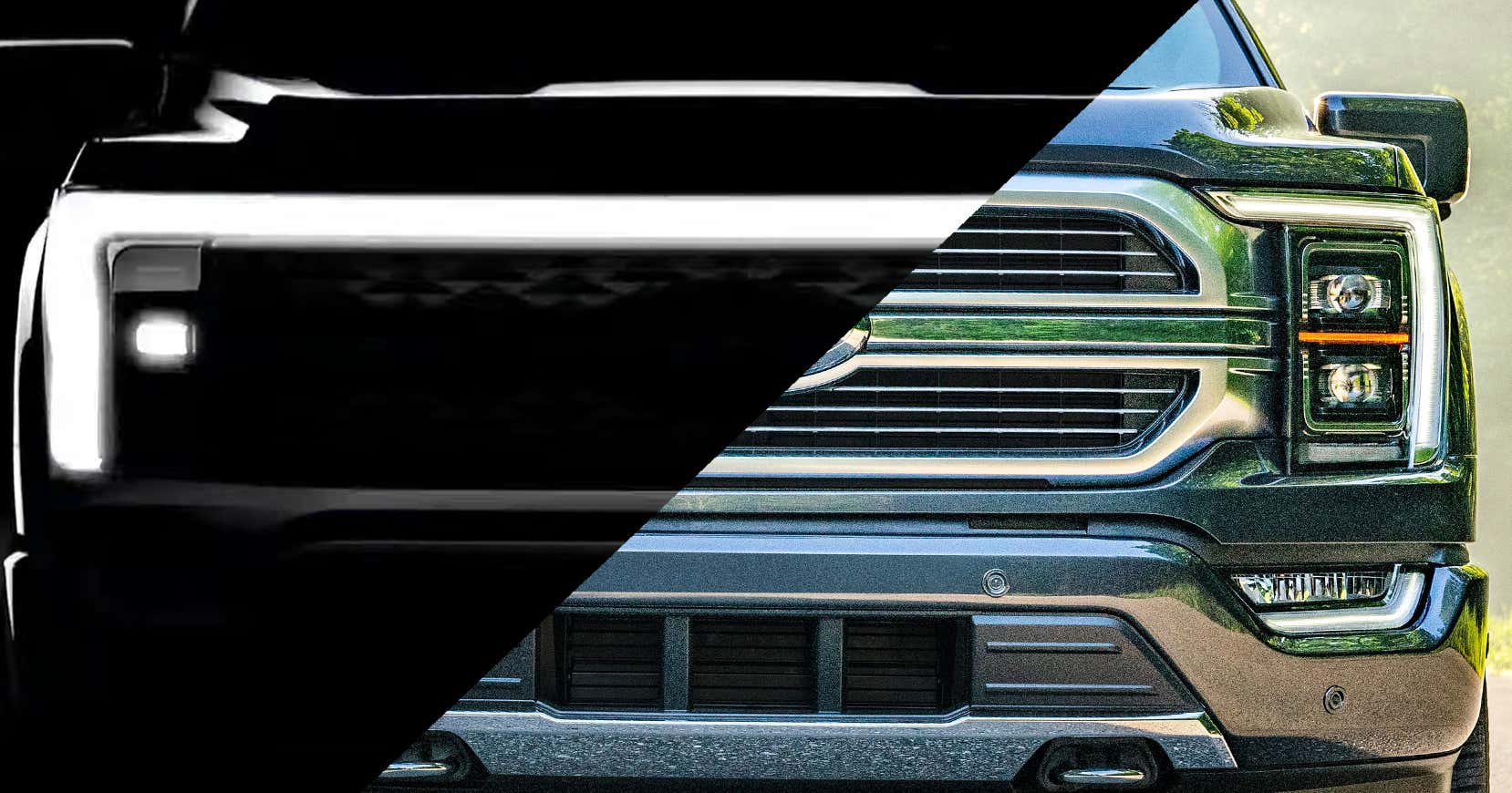 A Ford spokesperson confirmed to The Drive that this is, in fact, the new front end of the upcoming battery-powered F-150, complete with the unique lighting that spans the width of the pickup’s grille.

Obviously, the Cybertruck-style lighting is the most notable feature to see here. I’m not sure whether to compare this more to an eyebrow or horseshoe mustache, but the latter seems much more fitting given that the F-150 is sold as a workhorse and the design could be seen as a nod towards the hard-working cowboy behind the wheel. It’s also terribly hilarious to picture a truck with facial hair.

But we can see a few minute details that will likely be unique to the electric F-150 as Ford confirmed that the PowerBoost hybrid variant “looks like the rest of the F-150 lineup.” For starters, the triangular pattern in the grille could be the new geometric pattern to give the front end some texture. The BEV won’t need a large grille for airflow anyway, and it will instead pack a “giant” front trunk into the space where a V6 or 5.0-liter V8 would normally rest.

We also question how Ford will meld the accent lighting with the F-150’s hood lines. The large grille is a staple in the gasoline-powered variant’s front end design, so cleverly working the lighting into the fascia may prove to be interesting.

Unfortunately, we’ll have to wait until mid-2022 for the battery-powered F-150 to hit dealer lots. It goes without saying that this means we’ll have to wait a good while longer before Ford finally reveals the truck in its entirety.

Koenigsegg CCR Dissected In Walkaround Video Before Heading To Track