General Motors is known for its legendary cross-plane V8 engines, but that doesn’t mean that’s the only thing it’s good at. The brand has made some legendary V6 engines over the years, with some of the lesser-known six-cylinders being built by GMC in the early 1960s finding their way into heavy trucks. When the demand for more power and torque came, however, the answer was simple: cast two V6 blocks together to make one single V12 and throw regular V6 parts at it to make it work. 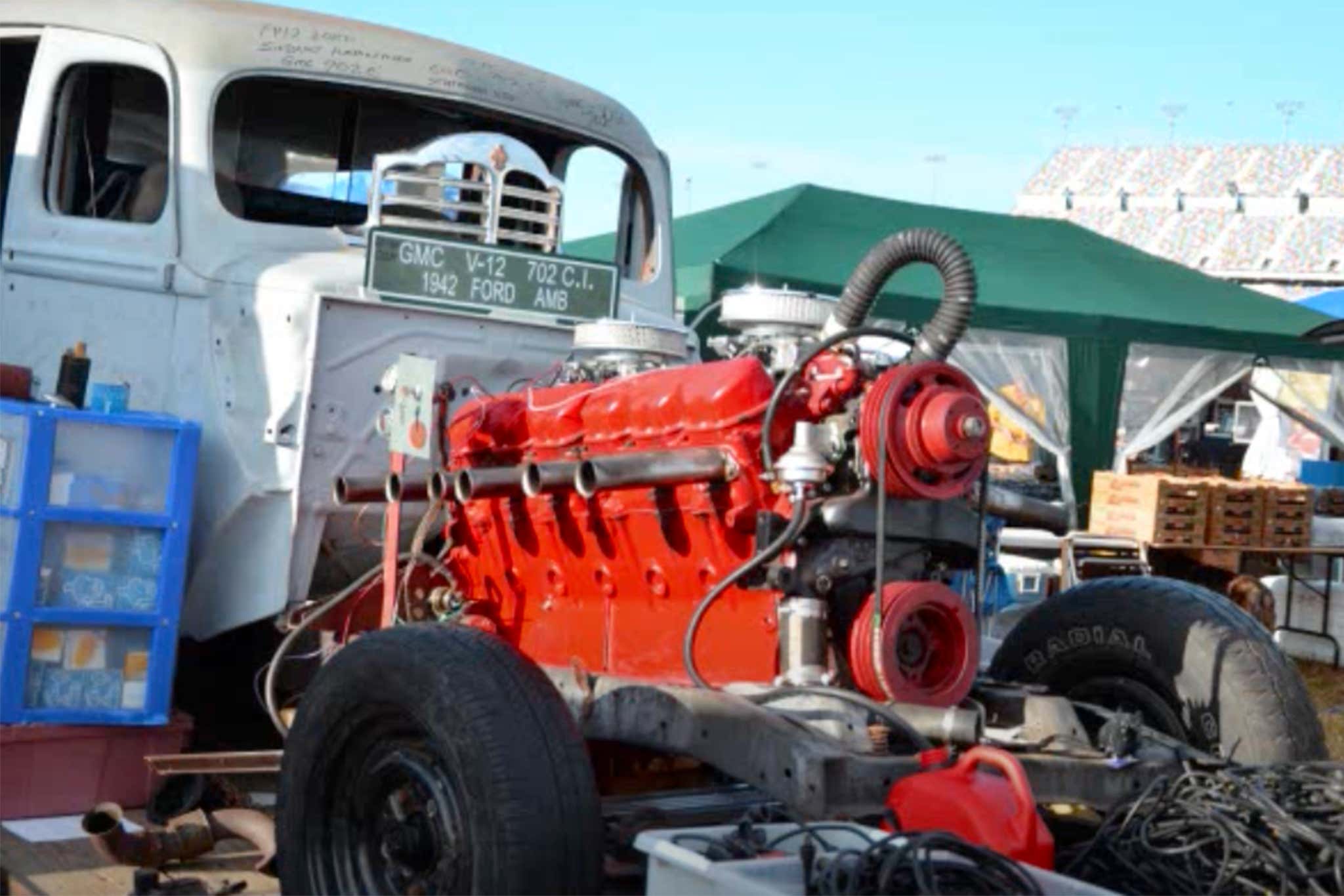 Introduced in 1960, the 702 Twin Six was a monster in almost every specification. It utilized a plethora of parts from GM’s existing six-cylinder offerings, two distributors, four cylinder-heads, four exhaust manifolds, and two intake manifolds. Weighing in at 1,485 pounds, the engine block was a single iron casting, as was the crankshaft which weighed a substantial 190 pounds.

The horsepower was admittedly a little lacking, only 275 ponies. However, that was at 2,400 rpm. Peak torque is really what matters here anyway, and the Twin Six made 630 pound-feet of torque from 1,600-1900 rpm. Makes you wonder what it made off idle—probably more than my Saturn.

And while the power may not be anything to write home about, there are still more impressive specs left to share. The water pump, for instance, moved a gargantuan 120 gallons per minute, or two gallons per second for the mathletes out there. To be fair, there’s a lot to move when the cooling system holds 72 quarts. Just the same, the oil sump contained 16 quarts.

All in all, the GMC V12 was produced for just five years between 1960 and 1965, and total production numbers are estimated to be around 5,000. How many of those are still salvageable today is probably significantly less than that, but they’re still somewhat popualr nonetheless. Today, these engines are hot-rodded to as high as 425 horsepower while remaining naturally aspirated by companies like ThunderV12.

They’re an unconventional but interesting—and earthshaking—option for people looking into V12 power for their project. With forced induction, ThunderV12’s website says 1,200+ pound-feet of torque is possible. If that’s not enough for you, maybe get into the two-stroke diesel engines in container ships, or something.

EV Prices Could Be in Line With Gas Cars by 2023 Due to Plunging Battery Costs: Study