If you really need a truck, there’s no better option for most of us than the cheapest one that’ll get the job done. Conveniently, the country from where we source shocking amounts of our everyday goods, has one it’d be glad to sell us, were it not for things like crash and emissions testing or that whole Chicken Tax thing. That truck is the Wuling Zhengtu, and it’ll only set Chinese buyers back the equivalent of $9,035.

Built by one of General Motors’ local joint ventures, the Zhengtu (pronounced jong-too according to Google) comes in a couple of inches taller than a 2021 Chevrolet Colorado, but about a foot shorter and narrower. Within those modest dimensions, it fits a five-seat crew cab and a nifty bed of the sort Canoo thinks will catch on with Americans. 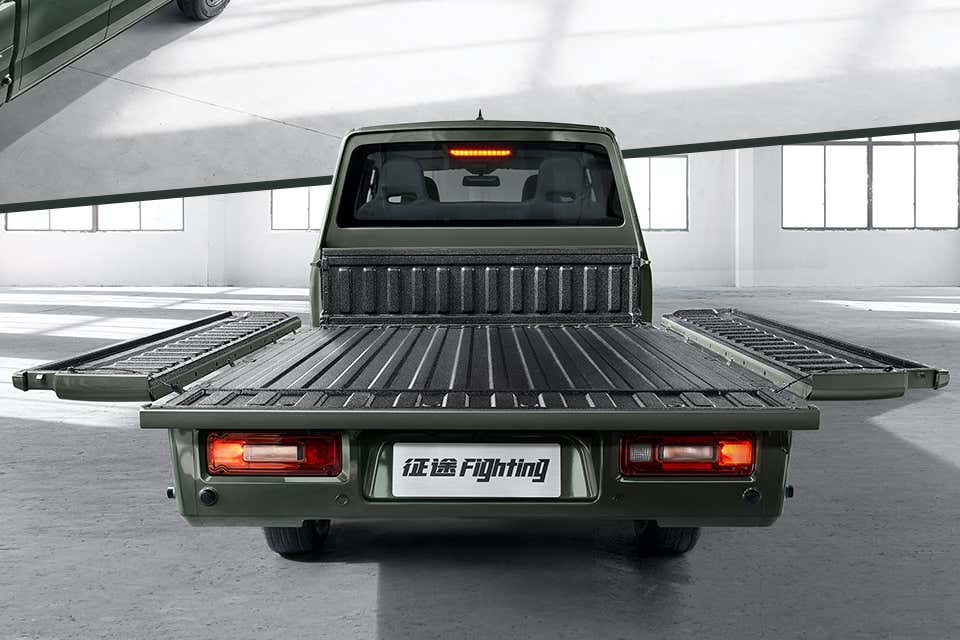 Its hinged, reinforced sides can fold down flat like a traditional tailgate, or hang all the way downward for oversize loads. And sizable they’ll have to be, as the 79-by-60-inch bed is actually five inches longer than the Colorado’s long bed at 74 inches, and two inches wider—15 if you measure between the wheel housings.

Power comes from a 1.5-liter gas engine producing a paltry 99 horsepower and unspecified torque, which are sent to the rear wheels in the least-expensive model (it’s unclear if higher trims offer four-wheel drive), via a five-speed manual transmission. Those ponies won’t haul the Zhengtu up to highway speeds very quickly—if it can reach them at all—but it will apparently return up to 33 mpg. 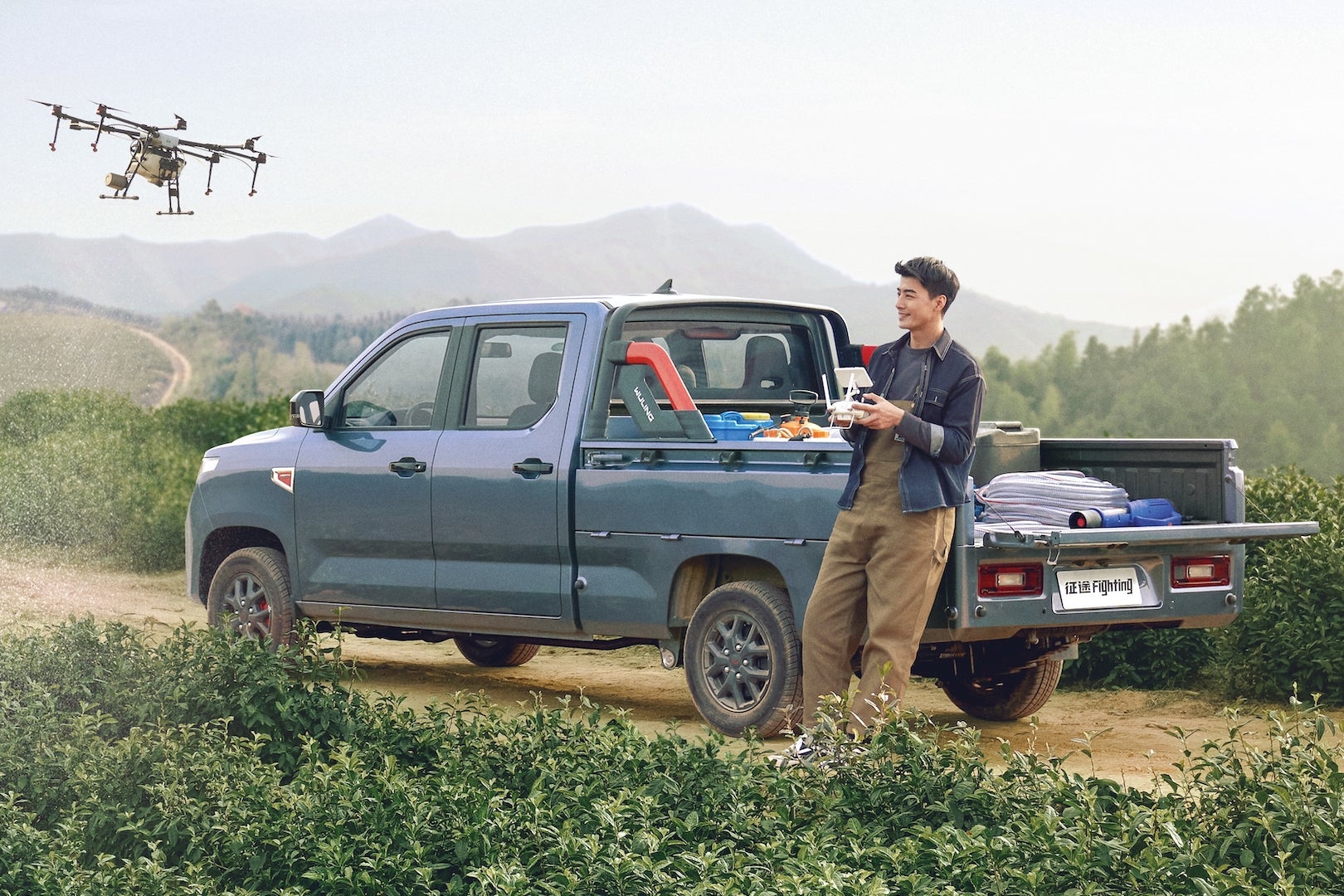 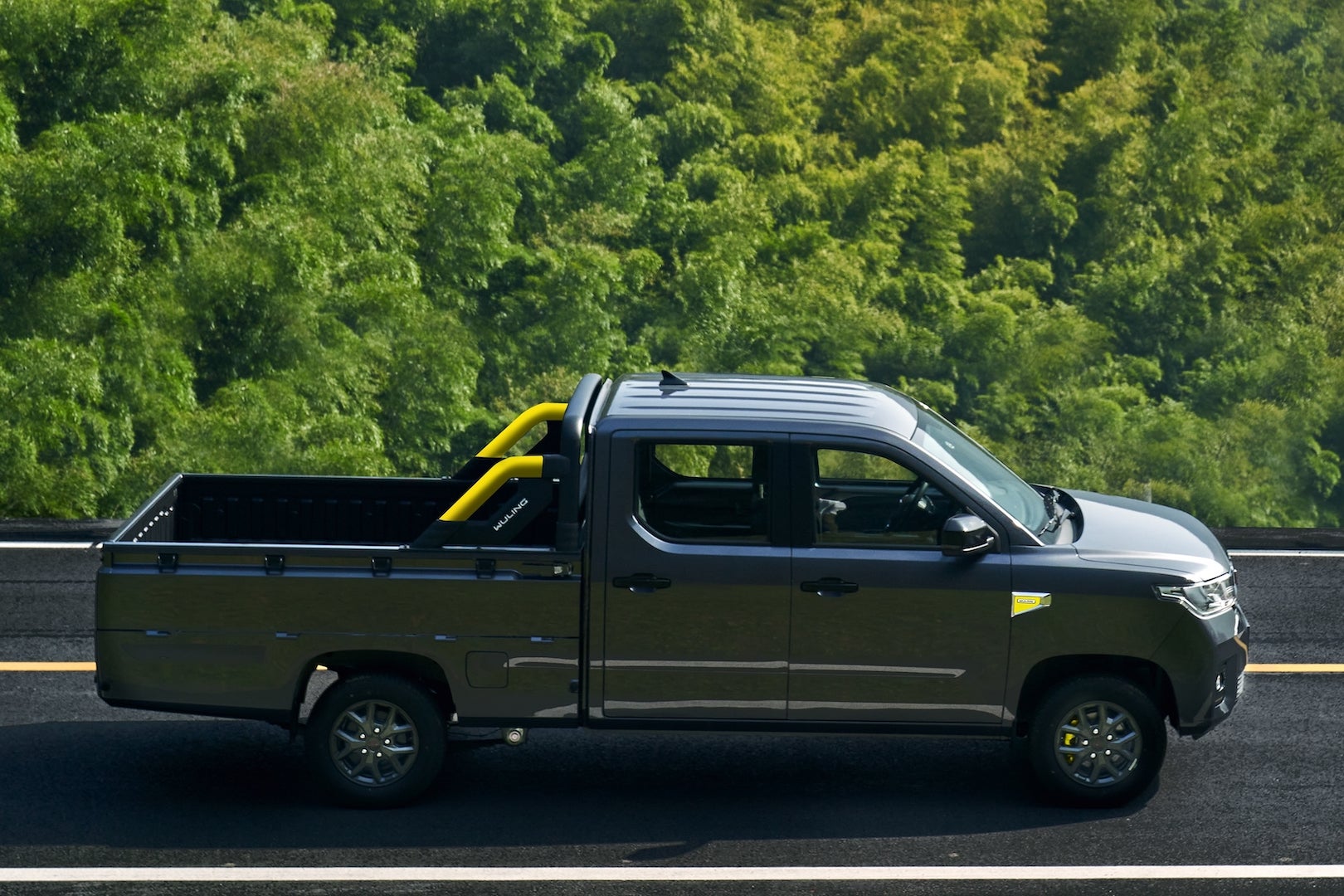 Wuling hopes that its “youth-type pickup truck” with its apparently real chrome-plated grille, eight-inch infotainment screen with voice commands, and an interior that “meets the same noise, vibration and harshness standards as passenger cars” will appeal to younger drivers with their “new-generation lifestyle of ‘pragmatism + hedonism.'” (That’s a direct translation via Google.) 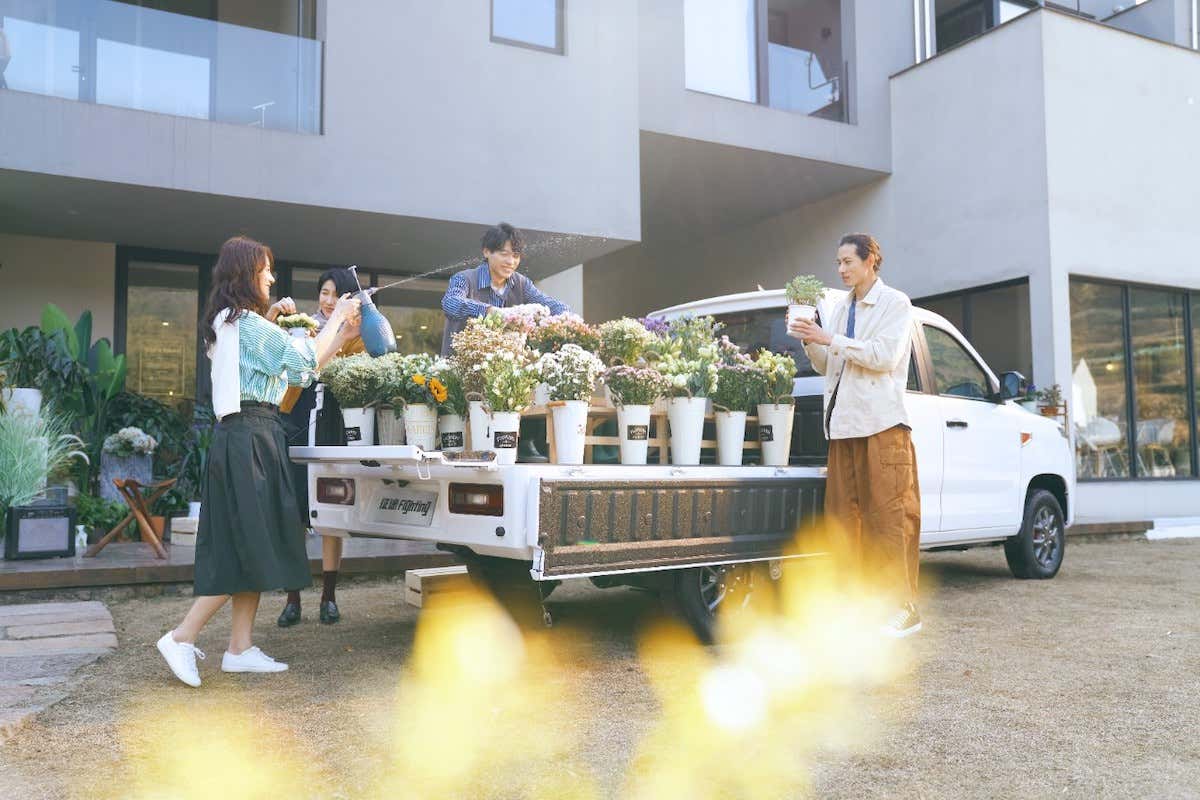 Speaking as a late Millennial bordering on Zoomer, what I find attractive about the Zhengtu isn’t its flashy chrome or tacky touchscreen, but its distraction-reducing manual and bargain-basement price tag of $9,035. Sure, its only shield between me and lifelong medical debt (or death) is its antilock brakes, and it’ll probably fall apart as fast as a Dyson vacuum.

Besides, when the drivetrain does go, I can stick in a Harbor Freight motor to pick up the slack. Maybe I’d even cage it and race it in the 24 Hours of Lemons like a friend does with his 1950 Dodge.

Tesla Tequila Brings the EV Automaker Into the Booze Business