Wheels are one of the most important parts of a car, but also one that we don’t always think about as a safety critical component. Lose a wheel and you’ll quickly know about it, though—whether you’re on the road or the track. The driver of a Dodge Charger Hellcat recently learned this lesson the hard way, as shared by Deviate Motoring on Facebook.

The Hellcat in question was modified for track use, sporting a fat rear wing, a serious front splitter, and even canards on the front fenders for extra downforce. Paired with over 700 horsepower from the supercharged V8 engine, it should have been quite the weapon on the circuit. However, the car in question had a critical wheel failure. The passenger-side front wheel snapped all five spokes near the hub, with the tire and rim separating from the car entirely.  As you might expect, this ended up putting the car into the grass, to the detriment of the low-hanging aero pieces on the front of the car in particular. Thankfully, the car otherwise appears undamaged. 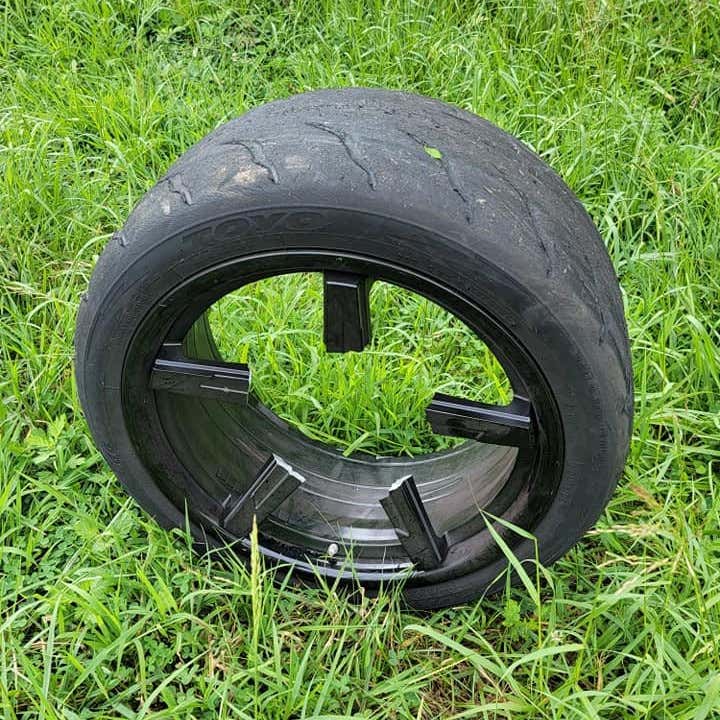 The problem is down to the choice of wheel, or more specifically, the wheel construction. Cast alloy wheels are popular because they’re cheap and generally fit for purpose when it comes to driving on the street. However, put them on a heavy high-powered track car with sticky tires, and suddenly things change. The huge loads being put through the wheels eventually caused a sudden and brittle failure, causing the wheel to come apart and the driver to crash. 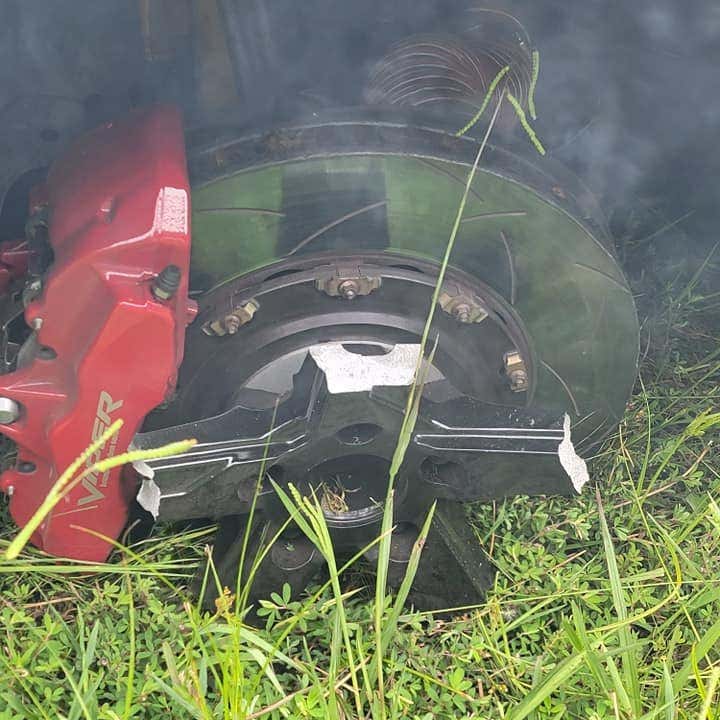 For big, heavy, and powerful track cars, a forged wheel is more appropriate. The forging process involves beating or pressing hot metal into shape, changing the grain structure of the material in the process. This is done to create a wheel blank, which is then machined into its final shape using lathes or CNC machinery to produce a finished wheel. This process creates a stronger part than casting processes, and one that is far more ductile instead of brittle. Thus, forged wheels tend to bend more than break, often allowing a wheel to still hold air even after being damaged.

If you’re putting a 4600 pound car on track with over 700 horsepower, sticky tires, and all manner of aero, you don’t want to be heading out there on bargain basement wheels. Put too much load through a cheap wheel, and it can snap, doing far more damage to your wallet than if you’d just bought the right rims in the first place.

The lesson here is to buy the right parts for your car, and not to scrimp on things that matter. Cheaping out on crucial components can have terrible consequences, and it’s simply not worth taking such a risk.