Home » Auto News » Do You Do the Cheap Fix Now or the Better Fix Later?

My project cars haven’t been getting much love lately, and I hate it. It is slowly driving me to madness given that this is the nice time of the year to work on a car and my cars are sitting. Then again, I’d also rather spend more time driving my cars than working on them, so I’m waiting to do a (probably overkill) series of fixes that aren’t particularly cheap.

There seem to be two philosophies when it comes to working on, fixing and upgrading cars: people who just want something to last a while and work, and people who are fine going with the cheap and easy fix.

Sometimes I’m also fine with the cheap and/or quick option. Maybe it gets the car back out on track during a race weekend. Maybe it really is the better bang for my buck. I tend to over-research things because I don’t want to have to redo them, and I really appreciate when the Venn diagram of “cheap” and “good” is a single circle. I just don’t want to do too many cheap and dirty fixes, lest I forget to re-do them better later and they snowball into bigger problems. 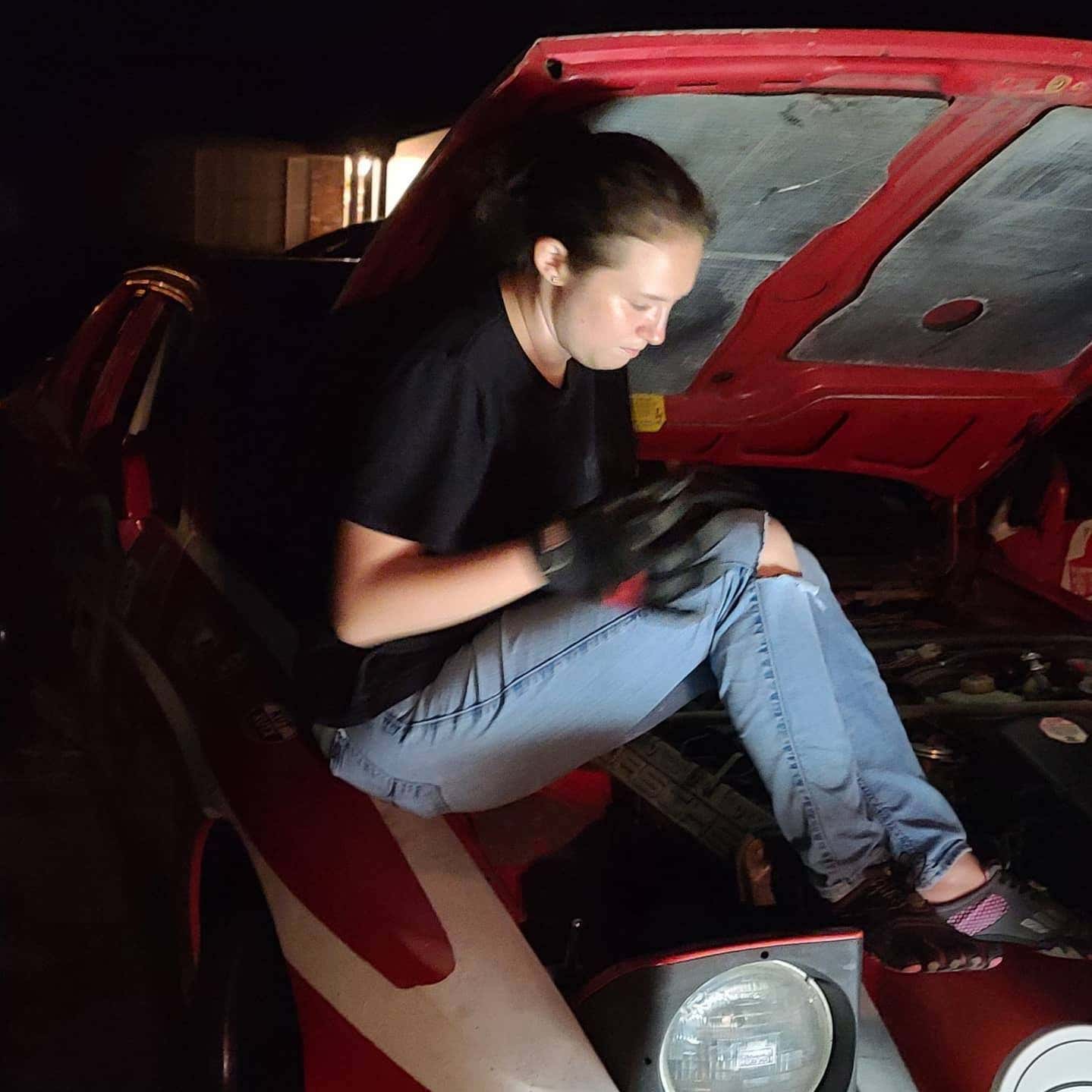 Running some tests to tell just how busted my Porsche 944’s engine really is. It still starts and runs! It just doesn’t do so very well.

For now, my fun cars sit. My Volkswagen 411’s engine has never run right the entire time I’ve had it and it poops oil out its passenger side valve cover, so it’s awaiting a full engine swap. Maybe I could tinker with it and get it rolling around a little better in the meantime, but there’s a larger Type 4 engine out of a Porsche 914 waiting for it at a friend’s house out of state, so it can wait.

It’s my idle Porsche 944 that’s bothering me the most. It needs both a head gasket and a clutch, along with a few other smaller items like a fuel filler neck that seals better and a working temperature gauge. I brought it in just before the checkered flag in its last 24 Hours of Lemons race steaming so badly that I asked the first person I encountered on pit lane if I was on fire. Nope! It still got hot enough that I really want to take the whole engine out to look at the rod bearings and other common problem parts to try and make sure that this is the last time I have to pull the engine for a while.

I could do the bare minimum fix required here and already be well on my way to enjoying my Porsche again, but no. I want to do everything at once so the only thing I have to worry about for a while is whether or not I fixed everything correctly. I want to gather most of what I need first so the engine isn’t left open in a dusty garage for too long. Then do it. All of it.

Trying to be prudent in a garbage pandemic economy means I’m gradually saving up for Giant Fix Weekend(s) here and there instead of just rushing out to blow a bunch of cash all at once. Thanks, I hate it. Then again, I’d hate having to yank the engine again if something I could have checked causes a fun catastrophic failure. So, I wait. And wait. And wait. 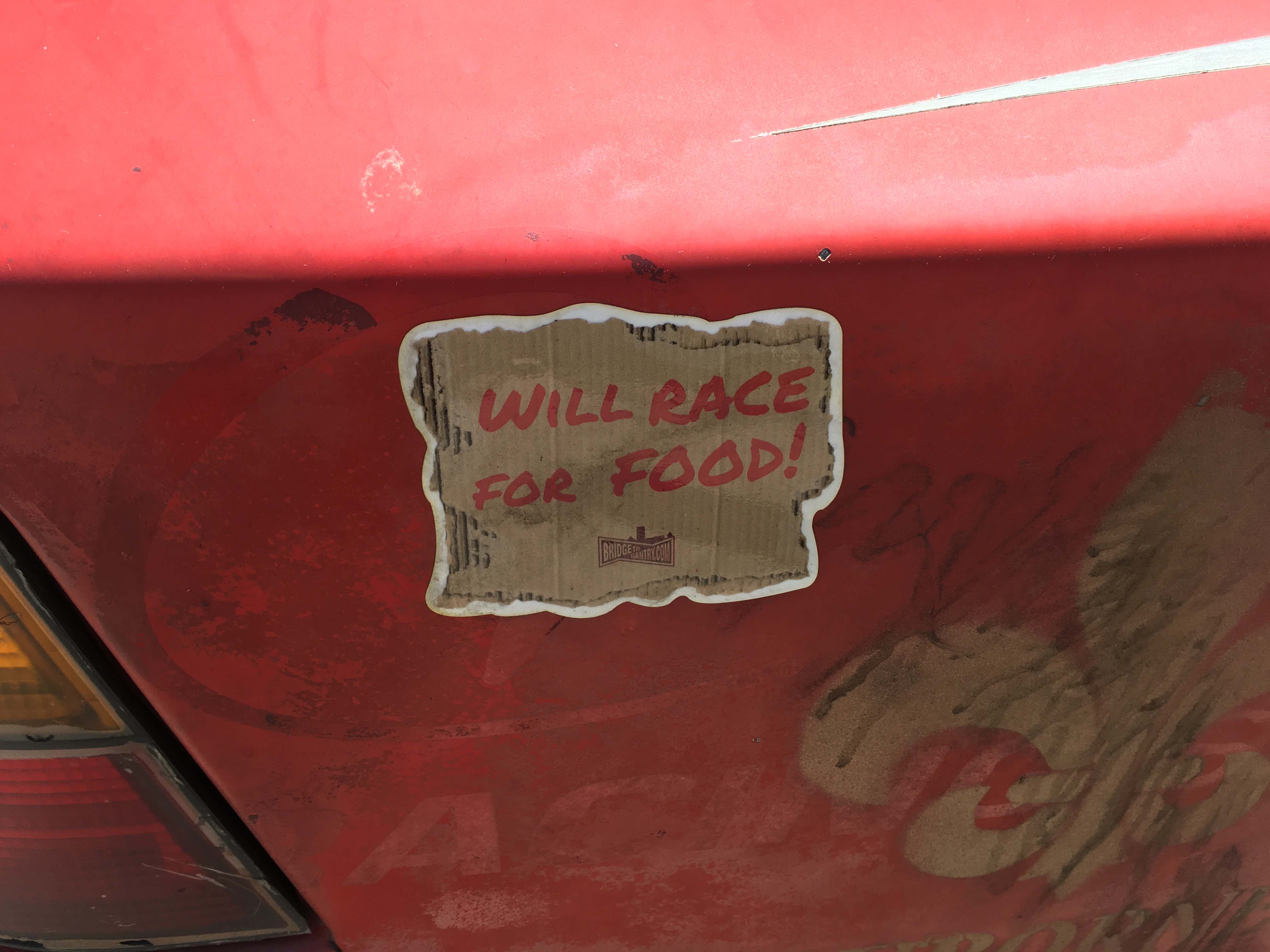 A way too accurate sticker on the 944.

I’ve run out of little things to check in the meantime, like looking at the burnt coolant residue on the spark plugs or putting a borescope down in the cylinders. The good news is that the cylinder walls don’t look scored and it should be a rebuildable engine. The bad news is that I’m bored. I miss driving my Porsche.

I also know that this is all scope creep! Two really bad things have spread out to looking at belt rollers, rod bearings, and so on and so forth. I’ve never done any major work on the 944’s engine after racing it for five years, so I’m nervous that the other parts of unknown provenance might also break down soon.

So, I want a bit of a sanity check here. When do you spend the extra time and money on a car project, and when do you opt for a cheaper, easier fix? Let me know in the comments where that line is for you.