“Necessity is the mother of invention,” an ancient proverb says—I think. It makes sense, because thousands of years later, that adage still holds true in the deep in the heart of Texas. Perhaps that explains this GMT400-era Chevrolet pickup truck towing a 53-foot box trailer resting on a U-Haul-style car dolly. Regardless of its length, it’s the kind of trailer reserved for Class 7 or 8 trucks—as in semi-trucks—not single cab light-duty pickups.

According to the video posted to the Viral Hog YouTube channel, this danger extravaganza was filmed in Houston, Texas. Now, it’s not uncommon to see semi-trucks along this stretch of the Beaumont Highway. In fact, if you head over to Google Maps, you can see an assortment of manufacturing facilities, a scrap yard, and a plethora of legit and rigged trailers hauling stuff in and out of industrial facilities. But what you don’t see is a single-cab pickup towing a box trailer this long. 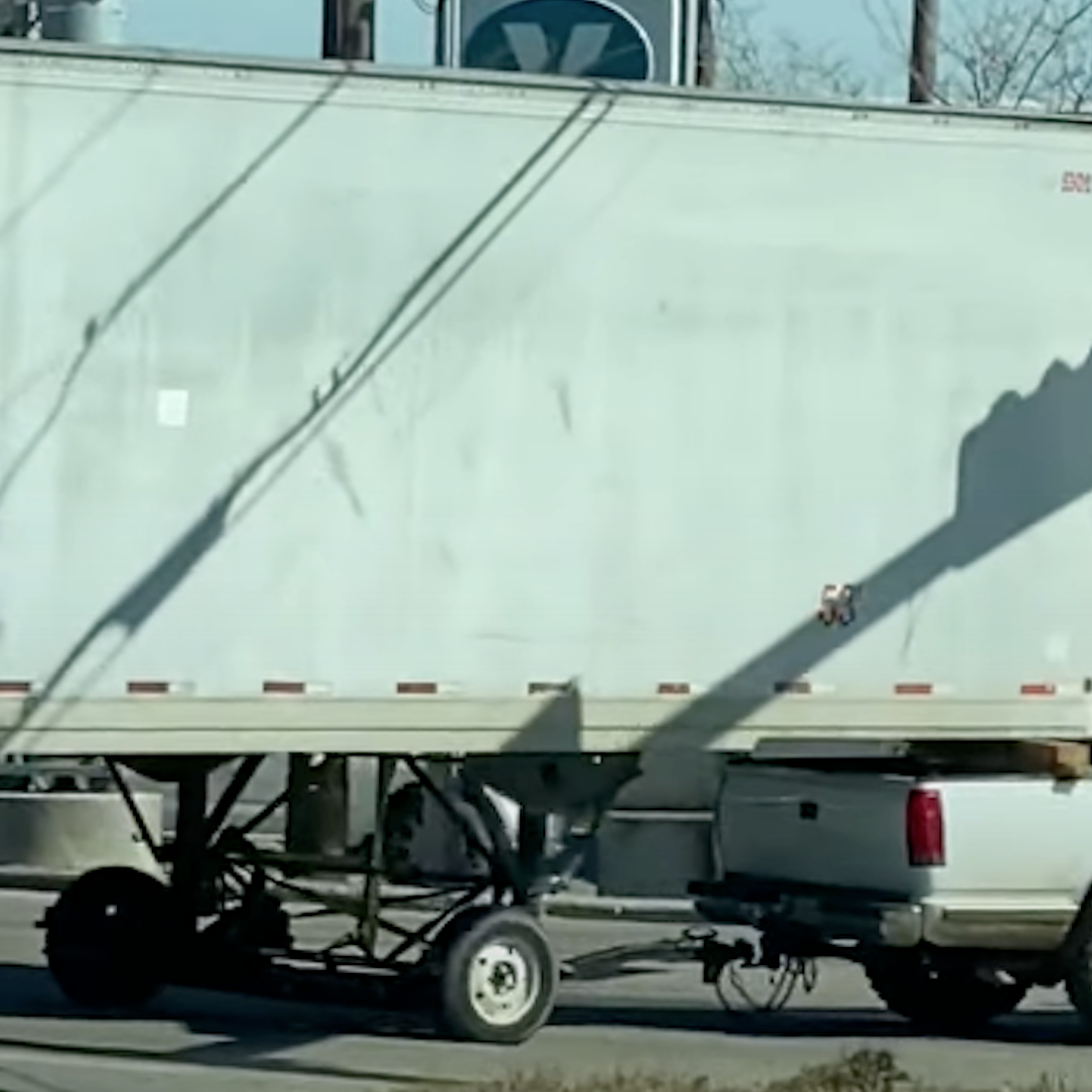 It’s worth noting that the dry weight of a trailer this size can average around 15,000 pounds, and that’s not including any contents that might be inside. For comparison, this particular generation truck has a max towing capacity of somewhere around 7,000 pounds (or less depending on its drivetrain), which is far less than the trailer it’s towing.

If you look closely, you’ll also notice that there isn’t a fifth-wheel setup in the bed of the truck. A cobbled-together tow dolly being pulled by the truck’s standard trailer hitch is supporting the entire trailer’s weight. How are the legs of the trailer attached to the dolly? Hell if I know. Clever? Yes. Dangerous? Yes. Illegal? Absolutely.

One question remains about this setup, however: how do the brakes work? Clearly, that truck doesn’t have the right braking system or hook-ups necessary to activate the trailer brakes, so it’s safe to say that they don’t—they just don’t.

Back in 2019, we saw a similar setup in Ontario, Canada, and the police weren’t too thrilled with that driver’s ingenuity. Something tells us that Texas authorities would have a similar opinion.