Remember that Desert Chase Toyota Tundra concept from last year’s SEMA show? It was the one with skid plates, oversized lights, long-travel suspension and 37-inch General Grabbers all around, plus two in the bed. It’s effectively a trophy-style truck that looked like a vision of Toyota’s Ford Raptor fighter—except Toyota was clear at the time that it was just a concept. Turns out, it might be more than that, as The Drive has learned a production version of the truck is being tested right now.

A tipster with inside knowledge of the truck’s development alerted us to the news last week, saying the final version will be very similar to Desert Chase SEMA concept, itself built on TRD Pro underpinnings. What’s more, the automaker is apparently planning on sending it desert racing for its debut, entering it in the stock class of an as-yet-unspecified event. If that plan sounds familiar, it’s because that’s what Ford has done with the F-150 Raptor for so long to prove its mettle as an out-of-the-box Baja truck.

When reached by The Drive for comment, a Toyota spokesperson replied that they “cannot comment or speculate on new product.” 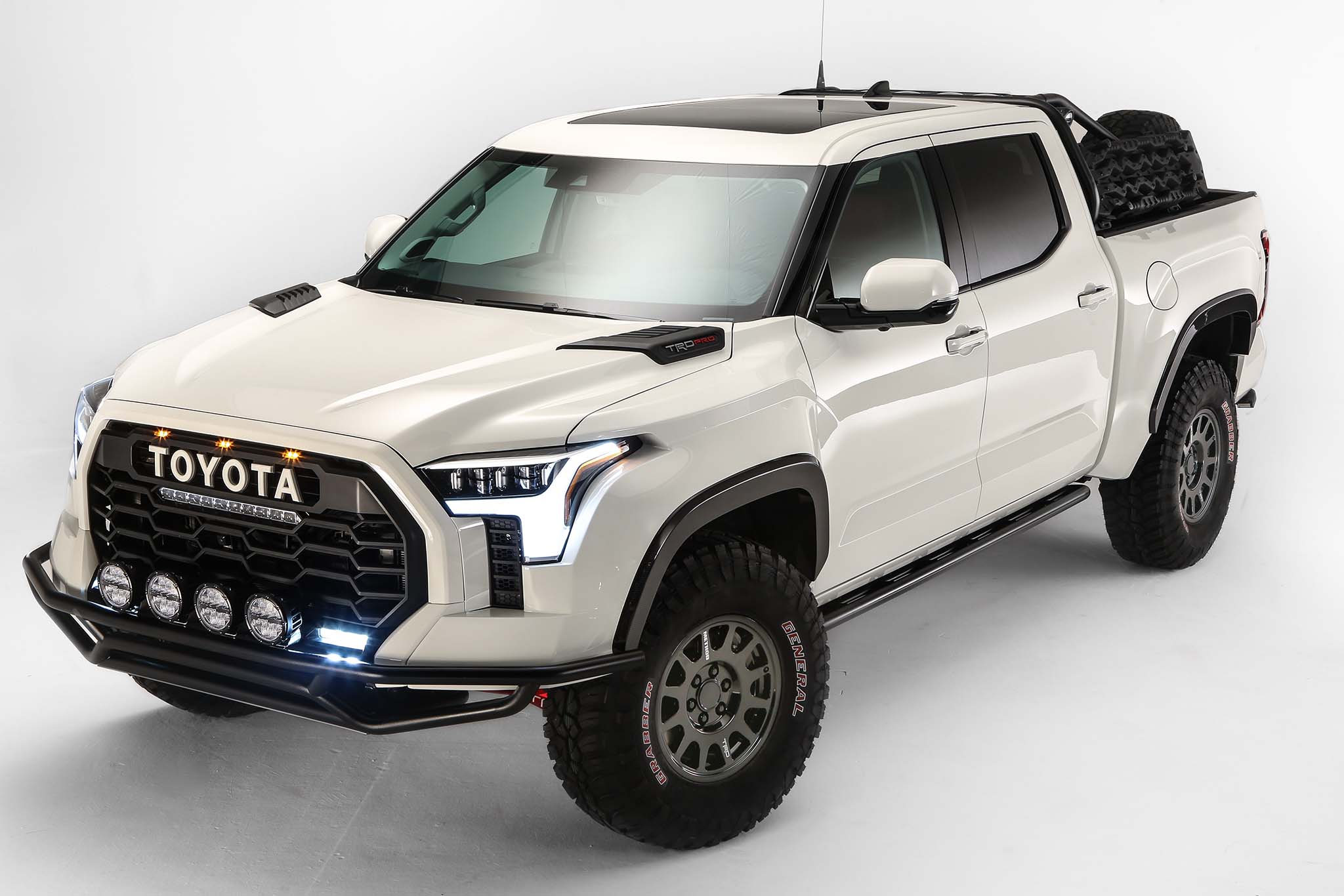 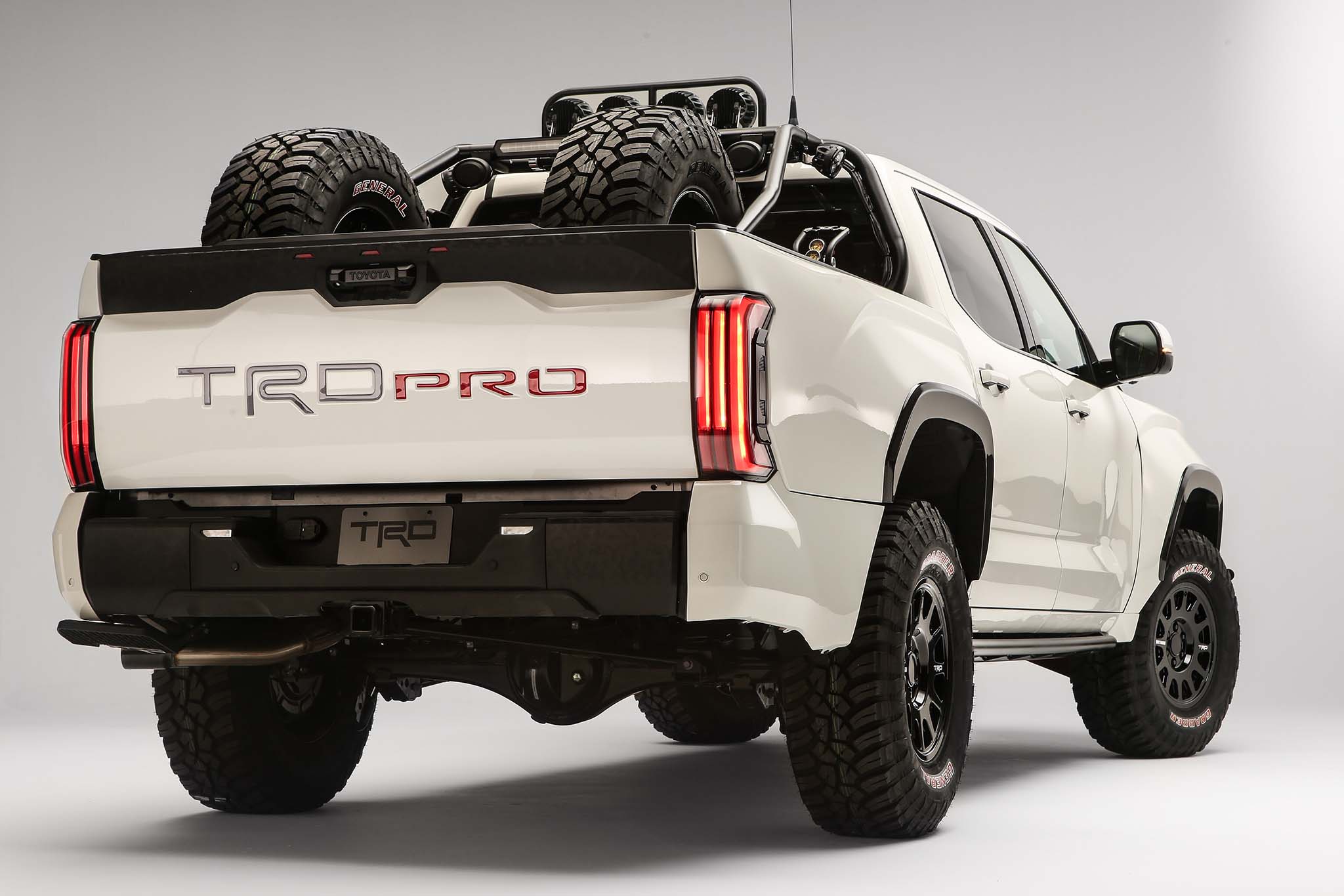 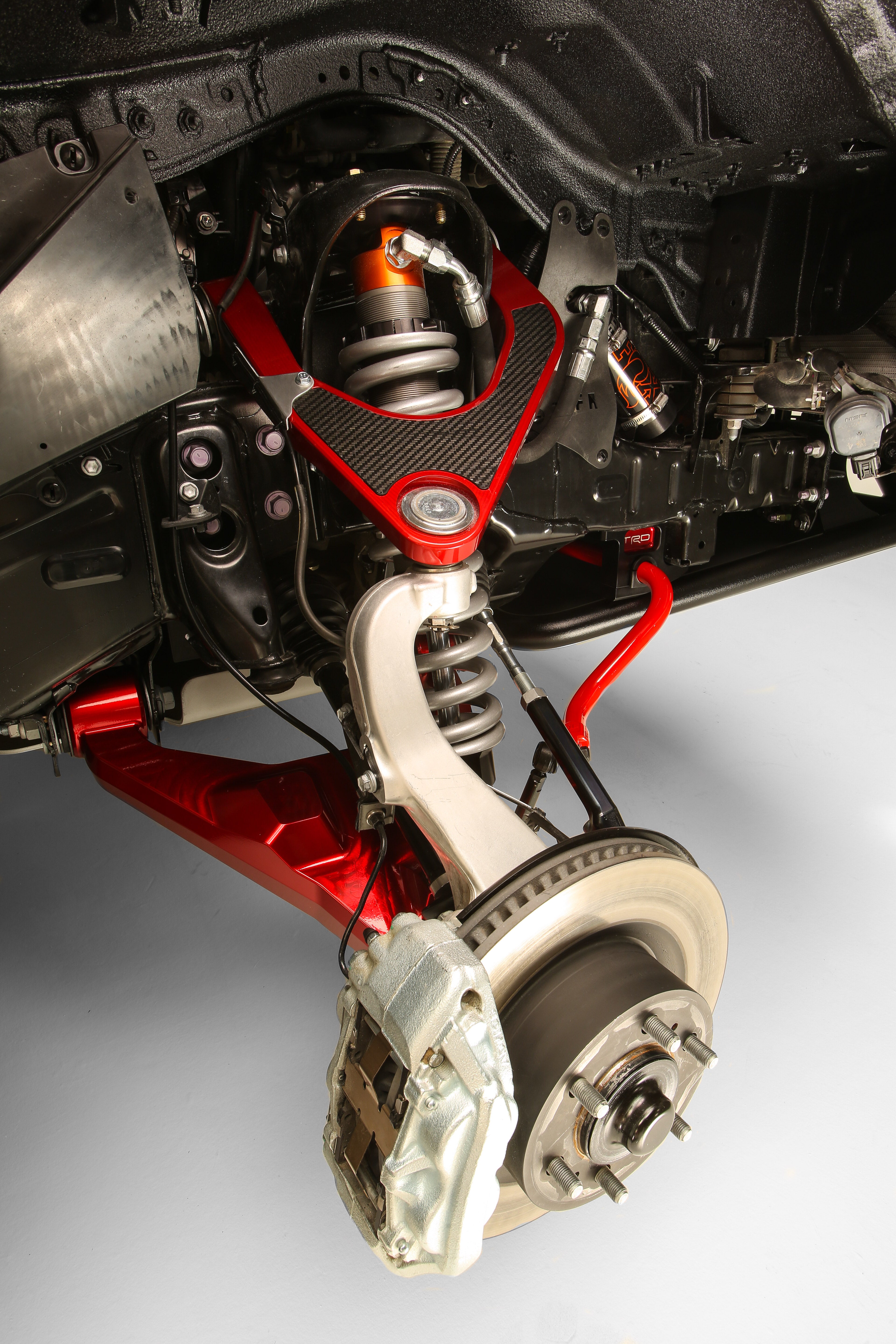 As a refresher, Toyota gave the Desert Chase Tundra concept a long-travel suspension setup to go with those 37-inch tires; the Tundra already has rear coil springs, which are new for this generation. You might remember that the Ford Raptor pickup also has coil springs out back, and 37s are available from the factory, though they’re BF Goodrich rollers instead of Generals. These similarities are no coincidence, and it’s possible that the supposed high-performance Tundra could beat its American counterpart in a few ways.

The Tundra TRD Pro comes with a standard hybrid powertrain, and this even more-amped up ‘Yota would almost certainly offer the same. It makes 437 horsepower and 583 pound-feet of torque in its current application, and the latter stat is already more than you get in any other half-ton pickup. Should it receive any more upgrades, it could potentially beat the EcoBoost V6 Raptor’s 450 hp figure as well. That said, we know a V8-powered Raptor R is coming before long.

There’s no sense in guessing suspension travel figures or ground clearance, though this sounds more like a direct Raptor competitor than the existing TRD Pro. That’s really a more suited rival for the F-150 Tremor or Chevy Silverado ZR2 because even with all that power, it’s geared more toward technical, low-speed off-roading. This as-of-yet-unnamed Tundra desert truck would supposedly handle obstacles better at speed, flying through the sand, dirt, and gravel with grace and plenty of dust.

Got a tip of your own about a desert-running Toyota Tundra? Email me about it here: [email protected]