He says the bike ran like a clock and was a joy to ride. Never faced any issues anywhere during the trip.

BHPian Gansan recently shared this with other enthusiasts.

I checked out the bike for my son and was impressed. He was not so impressed and is put off by the offset speedometer. He is smitten more by the Apache RTR 200 / Yamaha FZ 250. The Ronin has impressed a former boss of mine so much he bought one last month and is riding regularly for some practice. He plans to ride the bike from Rajasthan to Chennai later this month to meet up with his former colleagues and spend a week with us! He plans a well spaced ride and will cover the distance in about a week to ten days.

By the way, he is almost 75 years old, a former mariner and has not ridden a bike for a long long time, hence the elaborate preparation.

He started his trip on 12th Nov morning and arrived at the accommodation arranged in Chennai by lunch time on 21st. He came via Tonk,Jhalawar,Bhopal,Nagpur,Nirmal,Hyderabad and Ongole. With an overnight stay at each place, except Bhopal where he stayed an extra day probably to meet some friends. The Odo on arrival clocked 2400 km approx.

He had ridden the bike extensively around his hometown Alwar for a month and completed first service before starting out. Says the bike ran like a clock and was a joy to ride. Never faced any issues anywhere during the trip. I asked him about the bigger turn radius but he didn’t mention anything about it. Probably forgot what the turn radius was in the bikes he last rode three decades ago! He did mention his bum becomes uncomfortable after about 200 km of riding, so he concludes his ride at the 300-350 km mark, before sunset in some town and calls it a day. He is unable to state any reason for this, says the seat is wide and well cushioned, feels very comfortable too. He is not tall, about 5.6 but his feet comfortably touch the ground. Says he didn’t feel the weight of the bike much till once on a long incline where the traffic was crawling, the bike tilted a bit more and his leg couldn’t support the weight. Fortunately two pillion riders of nearby bikes came running and saved the situation.

He did the second service in Chennai, I think at Phoenix mall. Some background. We call him Mr.DMP. He is 74 years old, nudging the 75 mark. Spends six months every year with his son in Canada, four months with daughter in the US and then four-five months in India. This is his routine. A former mariner, he was the ED of the shipping division of the manufacturing company I was working for. I worked with him for six years. Then the division was wound up in the year 2000, he left Chennai and I went back to the parent company. I met him again only now, after 22 years. He has been saying for a few years he was going to buy a bike and ride it to Chennai to meet all of us again but we didn’t take it seriously till we got the message he bought the Ronin and was about to start the trip shortly! He stayed here for eight days and we all spent some quality time with him. It was quite a reunion. A big crowd of ex colleagues and other friends assembled, various get-togethers on various evenings, lunch invites to friends’ homes, the works.

He started the return leg at 6.15 a.m. today from T’Nagar and the night halt will be Krishnagiri. He plans to bypass Bangalore tomorrow and go to Chitradurga for the night halt. Then one more halt at Karnataka before he enters Maharashtra. He plans to go to Alwar eventually after visiting Mumbai. And is already planning a tour to Assam next year!

He bought the top variant with dual channel ABS for the tour. 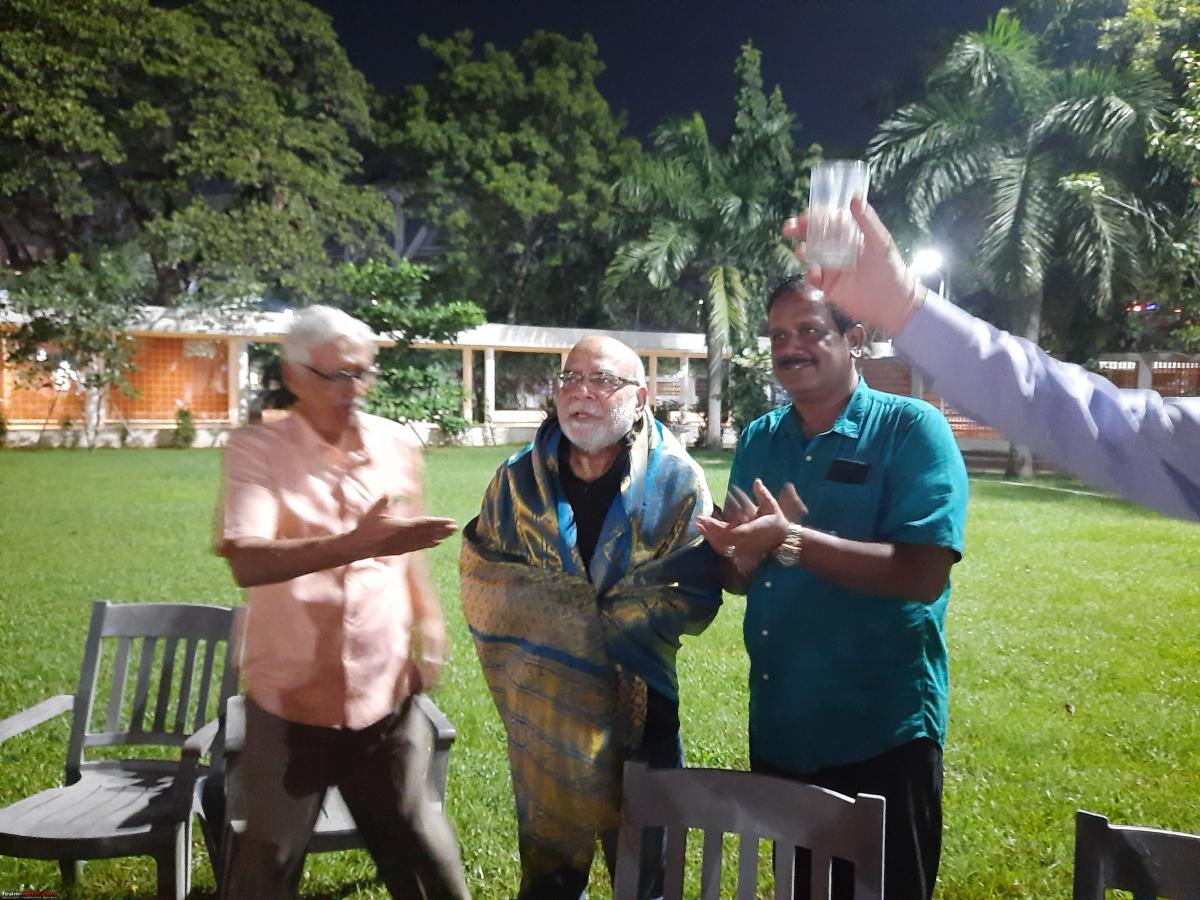 The atrocities of some Taxi / Autorickshaw drivers

The New Citroen C4 Is Here And Ready To Waft

Ford Endeavour Sport to be launched on September 22