Quick recap of the 2023 Chevrolet Corvette Z06: We know pretty much what it looks like and how it sounds, leaving just how fast it is the only mystery. But that’ll be resolved soon enough, as General Motors has confirmed the C8 Z06 will be formally revealed on October 26, 2021.

The date was confirmed in a teaser trailer drawing parallels between the race-bred Corvette C8.R and a barely disguised Z06 prototype—the very same one we featured photos of last week. This link isn’t a spurious one like that between a NASCAR Cup cars and a Toyota Camry, either; FIA LM GTE rules mandate the C8.R must run a crankshaft and cylinder heads of near identical spec to a production engine. In other words, say hello to dual overhead camshafts, a lightweight flat-plane crank, and an output rumored to be north of 600 horsepower. 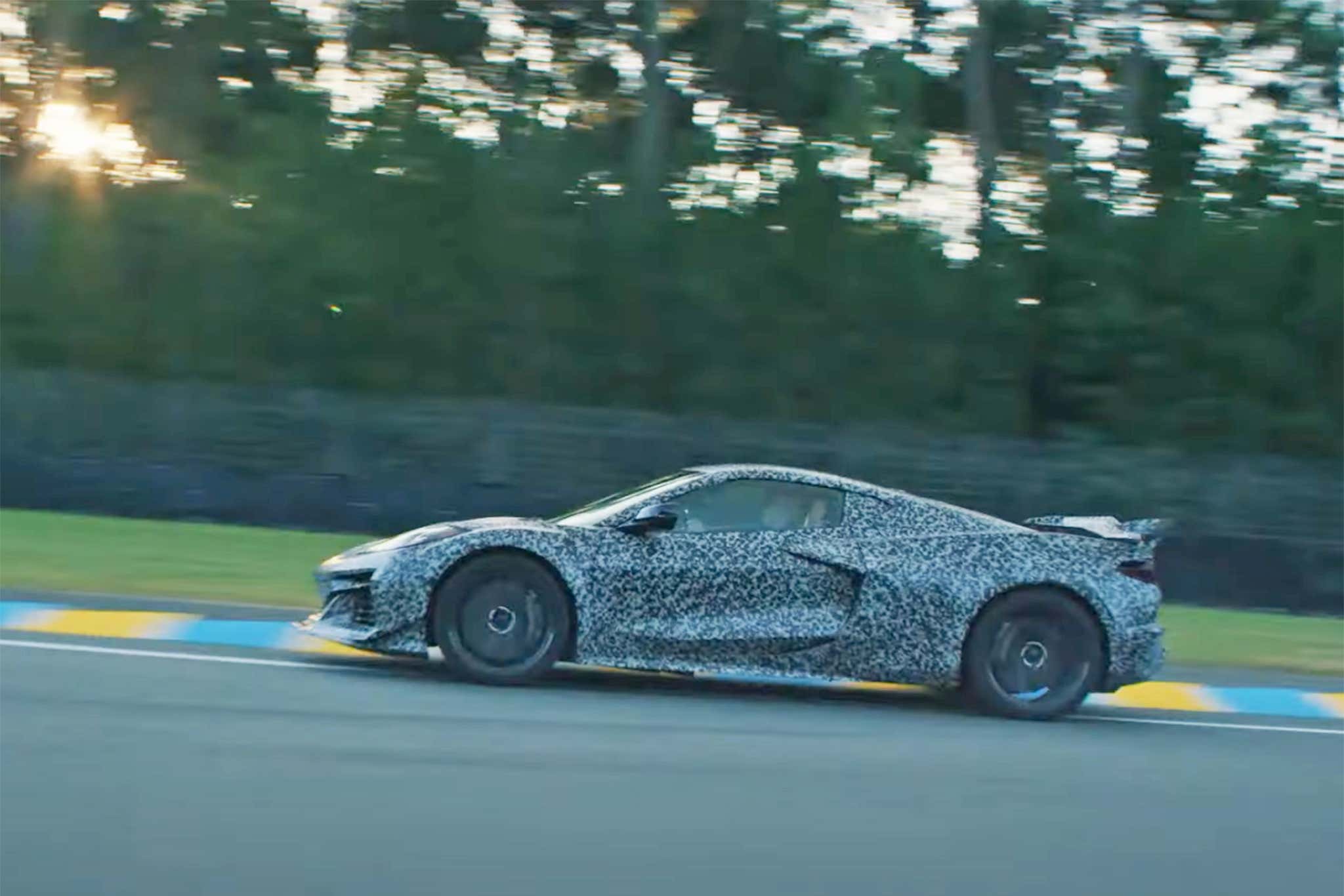 In a sense, then, the Z06 will be close to a road-legal track car, in a similar vein to the Porsche 911 GT3. Only, it might be significantly faster than the GT3, maybe even close to the level of the big bad GT2 if an apparent benchmarking program is anything to go by. Whether it actually matches the performance of the ultimate last-gen 911, though, isn’t crucial to proving the 2023 Corvette Z06 is as GM bills it: A true supercar.