The march towards an era of crossovers has gained another pair of legs this week as South Korean luxury automaker Genesis revealed details about its latest crossover, the 2022 Genesis GV70, and announced that the handsome compact crossover is destined for U.S. soil.

Slotted just below its larger sibling, the GV70 finds itself to be a bit more condensed versus the automaker’s first foray into SUVs, the GV80. Nevertheless, it’s a perfect fit in a segment that has been experiencing rapid growth over the past decade, driven by consumers who are actively purchasing new vehicles. The GV70 also happens to scale down the GV80’s proportions to be a bit more manageable and sporty—all while retaining the same muscular powerplant option under the hood. 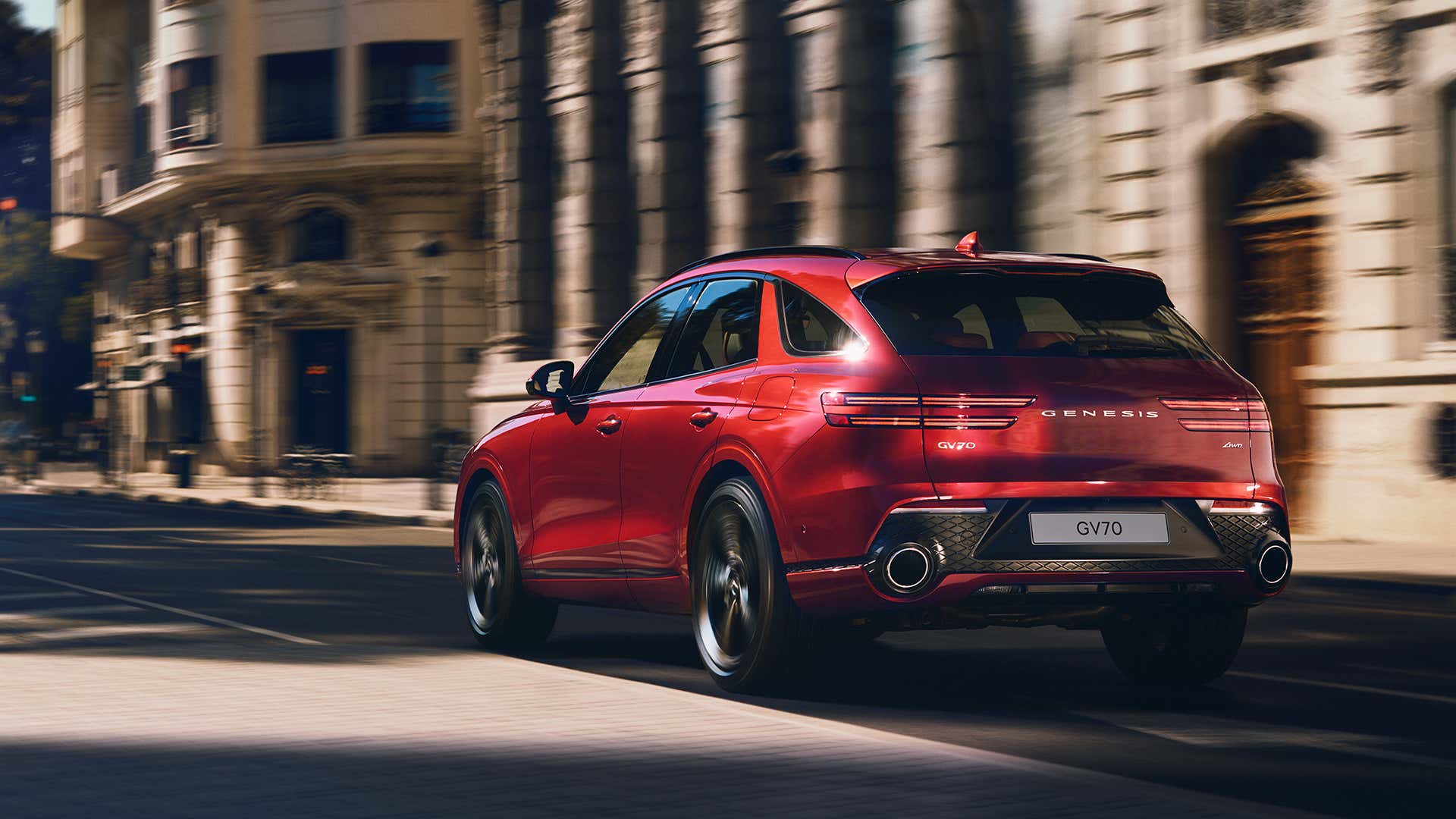 The America-bound GV70 will offer two engine configurations: a 300-horsepower 2.5-liter four-cylinder, and a more powerful 375-horsepower twin-turbo V6. Separating the two is exactly one liter of displacement and an extra turbocharger on the V6 application. Some non-U.S. models will also see a 2.2-liter diesel, however, Genesis (unsurprisingly) does not appear to have any intention of shipping that package stateside.

We already knew that the GV70 is going to be a handsome package, but it would also appear that Genesis is aiming to build something that also offers a jazzy driving experience without skimping on the luxury experience of the brand. Specifically, the crossover will offer a sport package that instills primarily visual changes, though it does add an additional “Sport Plus” driving mode to make the most of its rear-wheel-drive-based driving experience.

If equipped, the sport package will accentuate the crossover’s brazen appearance with a set of sporty characteristics that Genesis says presents “a delicate balance between simplicity and flamboyance.” This means modifying the grille, bumper design, molding, and wheels. And the same goes for the retro-future inspired interior which receives a bespoke steering wheel, carbon fiber bits, and unique colors. 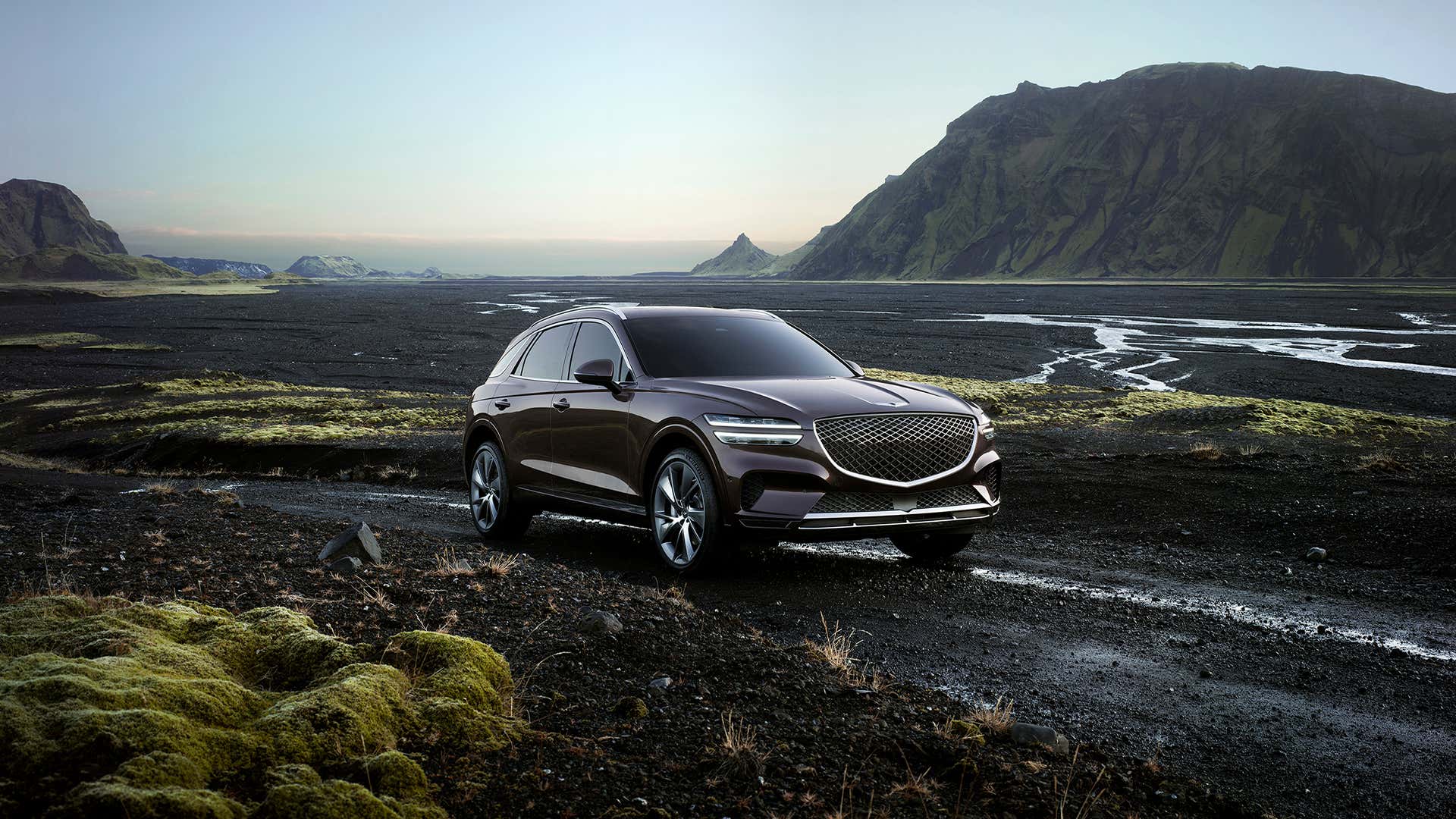 Speaking of the interior, that’s where the Genesis is going to shine. Its cockpit is set to be chocked-full of futuristic tech available to drivers, including an all-new fingerprint authentication system and radar-based rear occupant sensors that can detect if an infant is left in the backseat simply by detecting its breathing.

Now, we’re not quite sure what the U.S. market will adopt from international vehicles, but browsing the Korean site for the GV70 offers quite a bit of insight into what Genesis might have planned for the GV70. The fingerprint system, for example, may allow drivers to unlock the vehicle, start the engine, access connected services, as well as pay for gas and parking via Genesis CarPay. There’s also a 3D gauge cluster with a Rolls-Royce-style reverse tachometer and an infotainment screen which can provide directions using the vehicle’s cameras and augmented reality

The GV70 is a perfect example of how Genesis is quickly disassociating from its parent brand’s reputation as a former budget brand; a stain which Hyundai has unfairly carried since its U.S. introduction in the late ’80s. But by stuffing gobs of technology into the cabin and a moderately powerful twin-turbo engine under the hood, it’s easy to forget Genesis’ roots—and that’s exactly what it needs for the brand to continue thriving.