Ford’s revival of the Bronco nameplate has been huge for off-road enthusiasts. After all, the U.S. hasn’t really seen a two-door, trail-capable SUV that isn’t a Jeep since the Bronco was last sold in 1996. It also helps that the base model is such an attractive buy, though as we all know, it hasn’t been a perfect process.

As buyers settle in with their new toys, some who opted for hardtop Broncos are finding that the quality isn’t exactly up to snuff. Damage, deformities, and durability problems are being reported all over the Bronco 6G forums and have been covered on sites including Jalopnik as many owners are dissatisfied with their brand new Blue Oval. 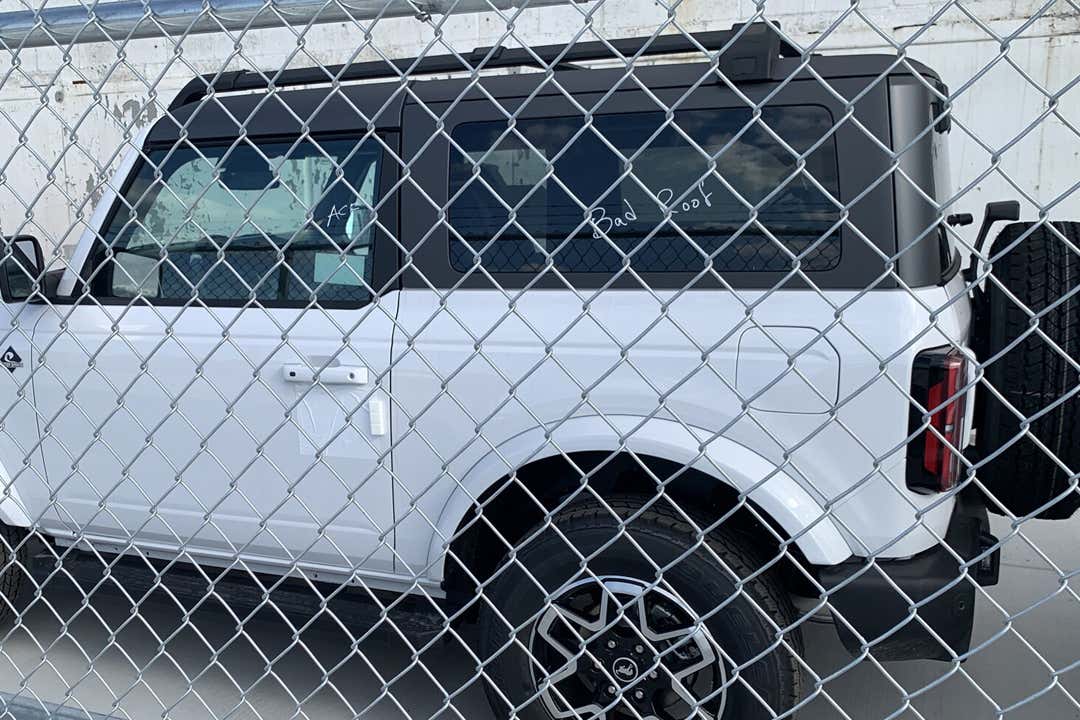 Word of the problems began to spread slowly over the past weeks as owners posted photos of their Broncos’ molded-in-color (MIC) hardtops with a variety of problems. Some photos showed misaligned latches and sagging headliners, while others showcased scratches, dents, cracking, and even exposed raw material.

At least one owner says that their hardtop has begun to show the internal hexagonal structure of the part after applying surface wax. The report indicates that this is strictly visual, meaning it can’t be felt when touching the part. Still, it’s a little concerning that the snakeskin-like pattern is appearing at all, let alone on a brand new component. 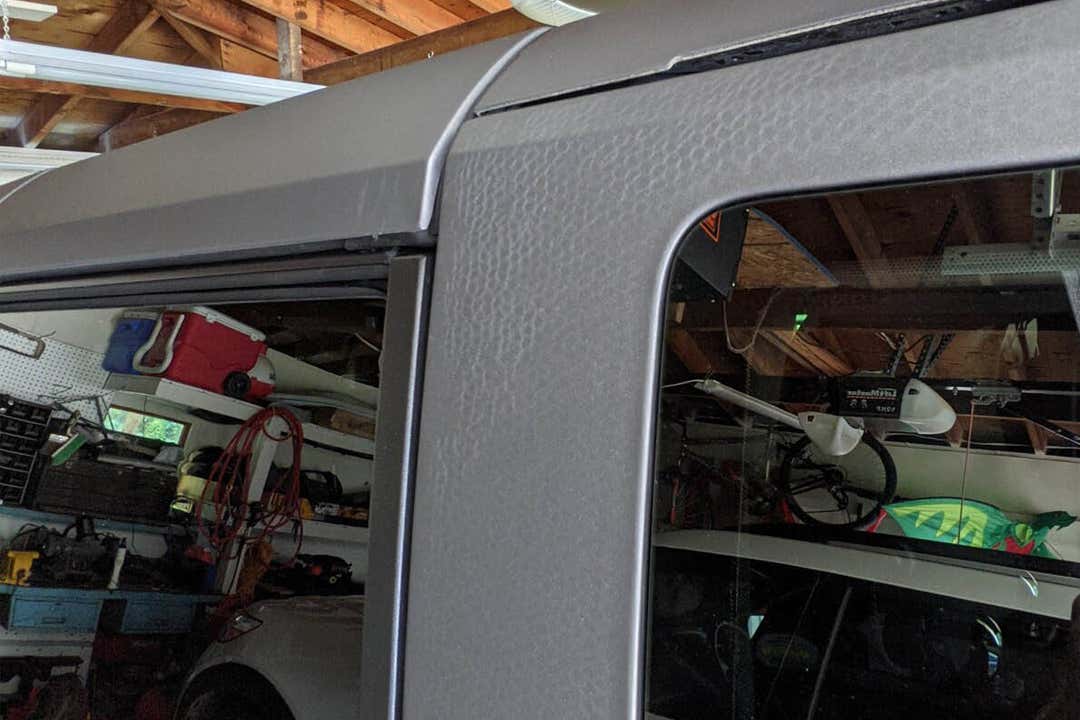 Another noticed some rough edges and cracking just two days after delivery, though they weren’t sure if it was something they missed when first inspecting the vehicle or if it happened afterward. Some commenters suggested that the material had begun to swell and advised bringing it in for warranty repairs.

“Free headliner didn’t cover that one,” said a different comment, poking fun at Ford’s penance for hardtop delivery delays. “Hope these MICs aren’t going to [be] an Achilles heel.”

The problem itself doesn’t appear to be isolated, either. One forum-goer posted several photos of two-door Broncos parked at the Michigan Assembly Plant with the words “Bad Roof” written on the rear glass with a paint marker. Ford, then, appears to be catching some of these during quality assurance at the factory. 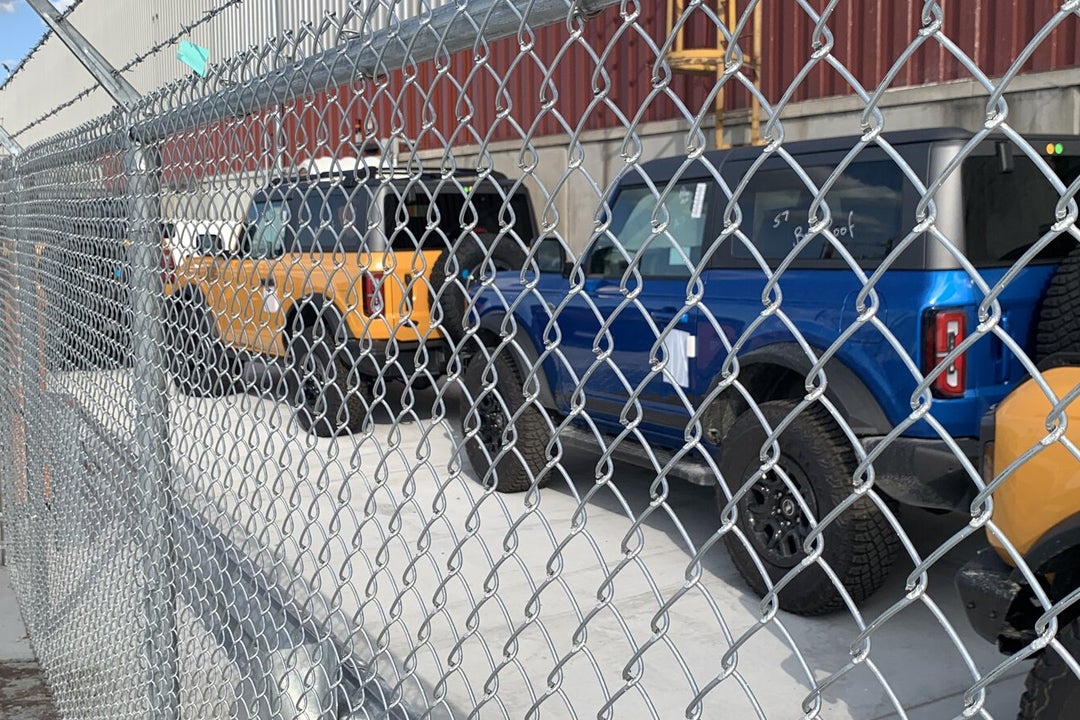 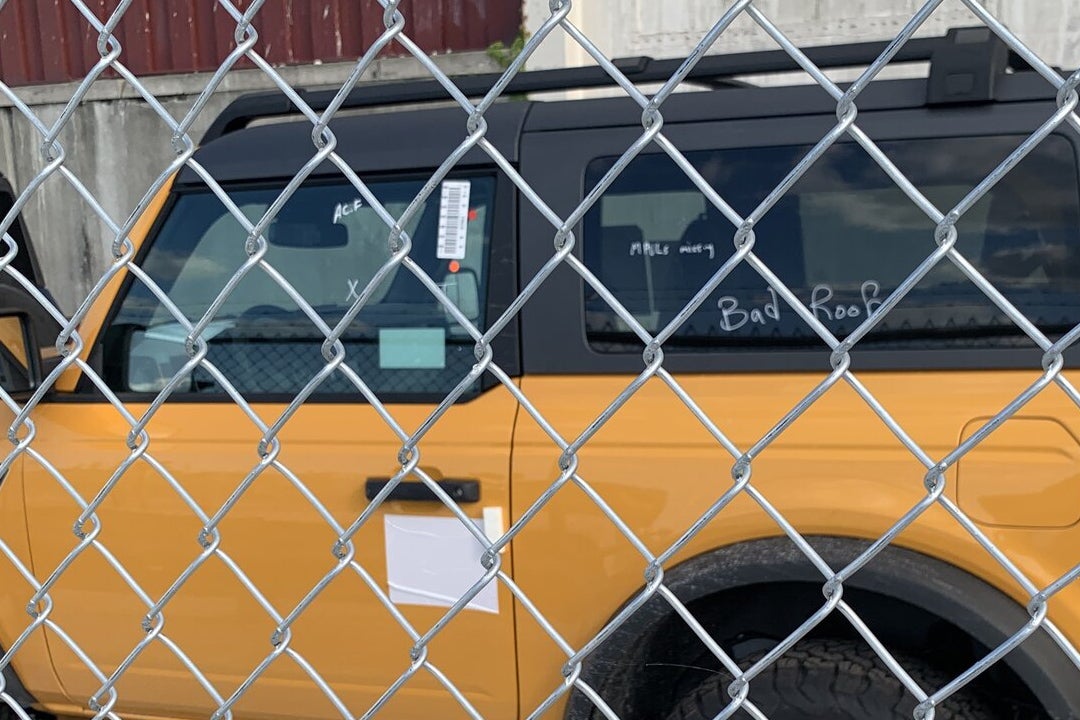 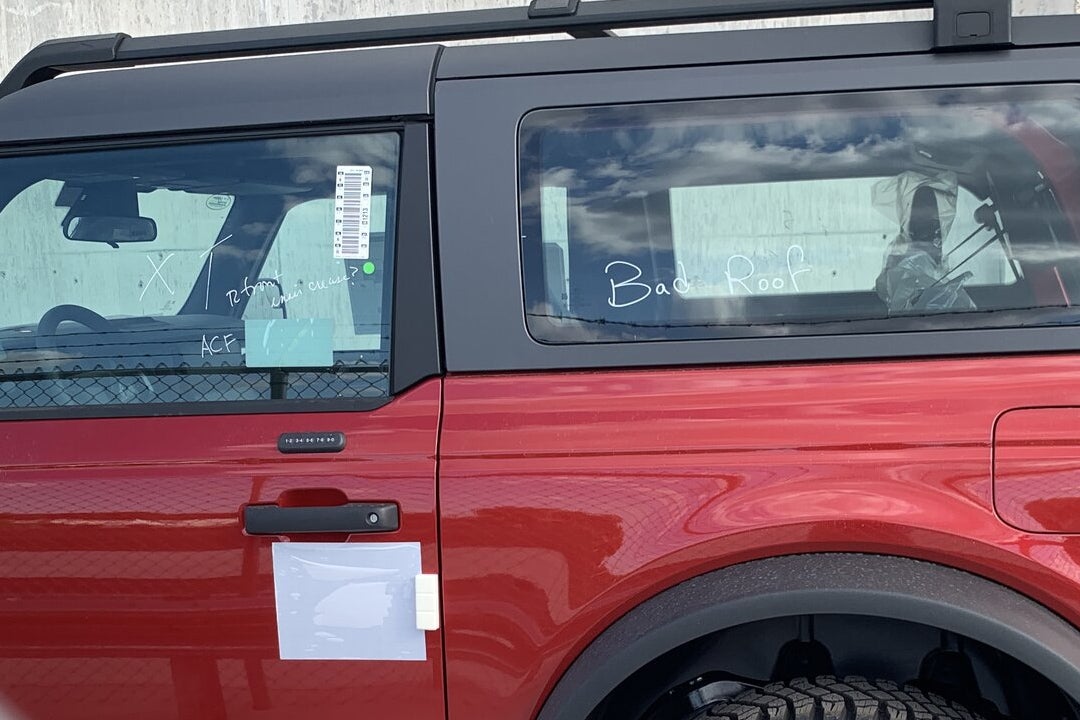 While this might be the first sign of Ford having actual issues with produced hardtops, the car company has struggled with the Bronco’s release for months. Webasto Roof Systems—the German company that builds the hardtop for the Bronco—isn’t some small player in the game. It also builds tops for the Jeep Wrangler and BMW Z4, and it’s provided parts for several other vehicle makers like Mazda, Nissan, Subaru, and more.

Still, overwhelming demand for the Bronco has put a significant squeeze on Webasto’s resources and pressured the manufacturer to crank out tops quickly so Broncos aren’t delayed further. In fact, consumer response to the Bronco and its hardtop has pushed Webasto to consider opening a second facility in the greater Detroit area just to fulfill orders.

For now, if you have to have a Bronco, it seems best to order a four-door with a soft top, though that might not solve everything as issues with tautness and water sealing have been reported recently as well. Meanwhile, Jeep purists are undoubtedly having an “I told you so” moment following the months of smack-talking from would-be Bronco owners.

Finally Got Your New Chevrolet Corvette C8? Take It on a 9,000-Mile Road Trip Like This Guy

Volvo Boss Expects SUVs To Account For 75 Percent Of Sales