Home » Auto News » 110 Years Ago, Electric Cars Were Already Shuttling Folks Under the US Capitol

At the start of the 20th century, the most popular cars in America were electric. So popular, in fact, that by 1909, there was a fully functional subway service running under the vast underground tunnel network of the United States Capitol—something which our colleagues at The War Zone
covered in-depth last week and you should definitely read.

The famous U.S. Capitol building’s underground complex can be thought of as an early Hyperloop concept. Built in 1909 to link the Russell Senate Office Building to the main Capitol grounds, the original underground pathway is less than 1,000 feet long and was originally serviced by electric Studebaker cars. Of course, this has most likely changed since then. 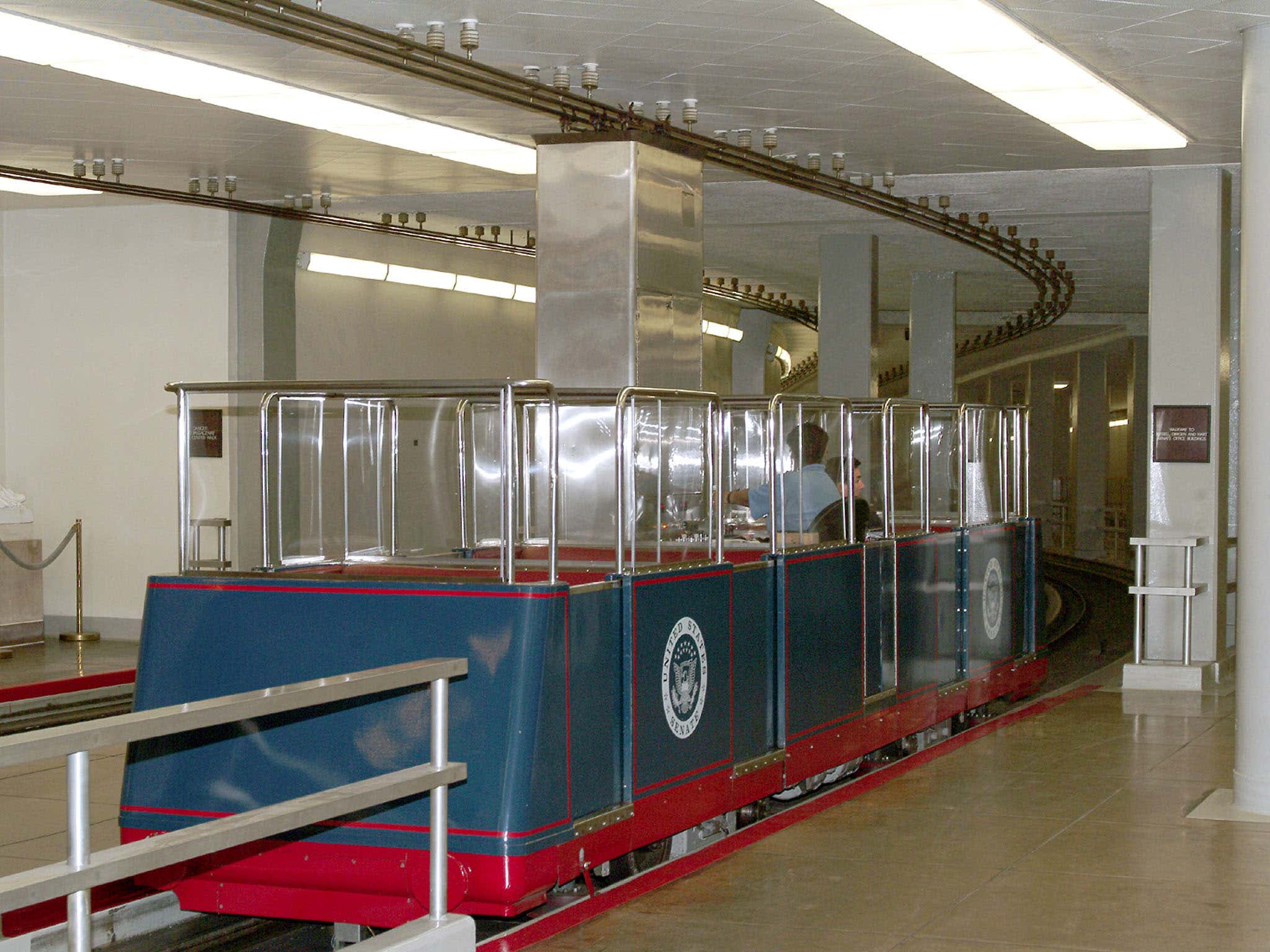 The modern automatic monorail, installed in 1993

Studebaker started developing electric cars in 1898, selling them from 1902 until 1912. At the time, concentrating on making standardized models was less of a priority, so Studebaker made a wide variety of horseless carriages in whatever format clients wanted the chassis to be in.

Back then, the big advantage of an electric car was that it was relatively easy to get started, plus they worked well in indoor areas with poor ventilation. In retrospect, an expert was needed to get a gasoline-powered vehicle going and running over time, especially if they sat for a while, which presented higher costs. This made electric cars a much more attractive prospect if you were trying to run them in an underground tunnel beneath the U.S. Capitol.

As previously mentioned, the lack of exhaust fumes or the need for installing rails made a couple of electric cars the perfect solution in the Capitol subway’s early days. The two eight-seater cars were allegedly painted a jaunty yellow but were rapidly judged too slow and replaced by a monorail after just three years.

Only senators and Capitol staffers got to ride the monorail, which was driven by a conductor until 1993 when it was replaced with an automatic car.

India-bound Ford SUVs to be designed by Pininfarina

Tired of Waiting, Guy Builds His Own 102-MPH 'Tesla' Cyberquad